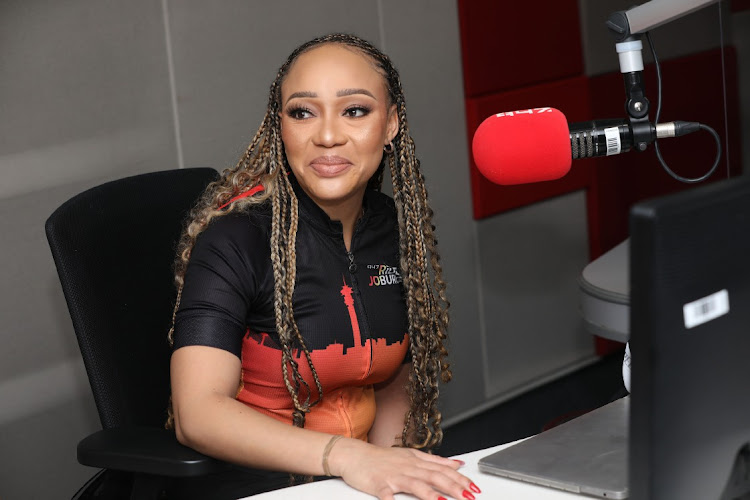 A video of radio personality Thando Thabethe taking part in the Umlando dance challenge has the internet in stitches, with many seeing it as a dig at Metro FM.

The station reportedly suspended radio host Dineo Ranaka after a video of her taking part in the challenge circulated online.

As social media weighed in on  Dineo's suspension, 947 shared a video of Thando and her colleagues taking part in the challenge.

[WATCH] The #947DriveWithThando team decided to do the #UmlandoChallenge during the ad breaks and latest hit songs! 🙂

Some commended the crew for “speaking up for Dineo”, while others joked 947 wanted to prove they can afford furniture.

In a viral video, Dineo is seen dancing on top of the station's furniture while the song plays in the background. City Press reported that the star was later suspended for “misconduct” over the incident.

SABC group executive for corporate affairs Gugu Ntuli told TshisaLIVE Ranaka is not scheduled on Metro FM and that the company does not publicly discuss contractual matters relating to its employees.

“The SABC can confirm that Dineo Ranaka is not scheduled on Metro FM at this stage and as a matter of principle the corporation does not discuss matters relating to its independent contractors in public.”

"I can’t control Dineo’s actions or anyone's feelings about them. However, Metro is the most toxic environment I’ve ever encountered," former Metro ...
TshisaLIVE
4 months ago

The hit song by 9numba,Toss and Mdoovar has shaken up what was expected to be a boring January!
TshisaLIVE
4 months ago

'Umlando' is an unreleased song by amapiano stars Toss, 9Umba and Mdoovar.
TshisaLIVE
4 months ago