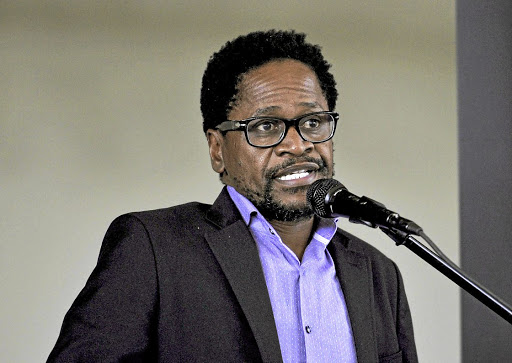 Arts and culture practitioner Dr Sipho Sithole has penned a lengthy open letter to express his distaste at how the minister of sports, arts and culture,  Nathi Mthethwa, is constantly singled out and attacked.

The letter was shared as the EFF was planning a march to Mthethwa's Tshwane offices on Thursday to protest about fans not being allowed into stadiums despite the 2,000-fan attendance regulation applying to sports venues.

Minister of sport Nathi Mthethwa has described the planned picket by the EFF outside his office in Pretoria on Thursday as ill-advised and populist ...
Sport
4 months ago

“We need to focus attention and energies on rebuilding after the devastation of Covid-19. It is important to start by emphatically stating that there is no grain of truth in allegations that Minister Mthethwa or his department has not shown visible commitment towards the protection and growth of the creative sector,” Sithole wrote.

“Such wrongness includes allowing destructive and opportunistic elements that are attempting to hijack genuine efforts for their narrow political gimmicks,” went his pen.

Marc said he was moved by a desperate fellow member of the entertainment industry who needed R100 for food.
TshisaLIVE
8 months ago

Read the full letter below:

For a while some role players in the arts sector have relentlessly attacked government and singled out Minister Nathi Mthethwa and his department, the Department of Sport, Arts and Culture. The essence of their qualm is that the Minister is the primary reason the sector receives no support and that his removal will result in different outcomes.

With those knowing such smearing to be untrue choosing not to differ publicly for the sake of attempting to unite rather than divide the arts sector, these doomsayers became emboldened.  It is time to reclaim the sector and its image and bring such misbehaviour to a halt.

It is time to speak critical, robust, but yet constructive life back into the creative sector. Such robustness and constructive dialogue should include both conversation with government as well as the creative sector looking into the mirror and taking greater sense of accountability for some things that has gone wrong. Such wrongness including allowing destructive and opportunistic elements that are attempting to hijack genuine efforts for their narrow political gimmicks.

We need to focus attention and energies of rebuilding after the devastation of Covid-19. It is important to start by emphatically stating that there is no grain of truth in allegations that Minister Mthethwa or his department have not shown visible commitment towards the protection and growth of the creative sector. A publicly available list confirms the fact that a number of role players across the creative sector have benefited from government. What can be accepted is that the monies available is not sufficient to support everybody. Also, the bureaucracy of government has at times been frustrating in so far as the release of monies are concerned.

The point here is that support has been given and artists have received monies from government. What is needed are conversations about what happens next beyond grants from government. Reality tells us that available funding is not adequate to meet all the expectations of a fast and growing industry that today contributes over R74 billion to the GDP, employing over 1.1 million people. With the reality of competing interests on the fiscus, what can be done to provide for the sector in a way that helps it to grow and occupy its rightful place both within and outside SA.

Beyond receipt of grant funding support — which has been reported to the sector and the public — it is time to talk economic recovery and reconstruction of the sector. It is time to put critical questions forward which will bring to life an economic recovery and reconstruction solution.  Engagement that must be done in a respectful and constructive manner must look at key questions that will move us forward.

These include what plan is government proposing? What is our role in this plan? What is needed to bring such plan to life and who will enable it? Who are the plan’s key role players? How should such role players keep each other accountable? And what happens to those who commit, but fail to come to the party?

This is where we are now. All role players must join efforts to rebuild the creative sector after devastating effects of Covid-19. It is this sector that soothes us in any emotional state we find ourselves. But also critically, it is a meaningful contributor to our economy which also sells us successfully to the world.

Attempts by TimesLIVE to get comment from the department were unsuccessful at the time of writing this article. Any update will be included once received.

“If I have received 12 million [the] SA Revenue Service (Sars) must step in, please. The 12-million is ambiguous and misleading. Mthethwa must tell ...
TshisaLIVE
6 months ago

Actress Natasha Thahane revealed she received more than R1m in funds from government after reaching out to former National Assembly speaker Baleka ...
TshisaLIVE
5 months ago

The minister is known to never miss an opportunity to congratulate artists that shine internationally or send condolences when artists die ...
TshisaLIVE
10 months ago