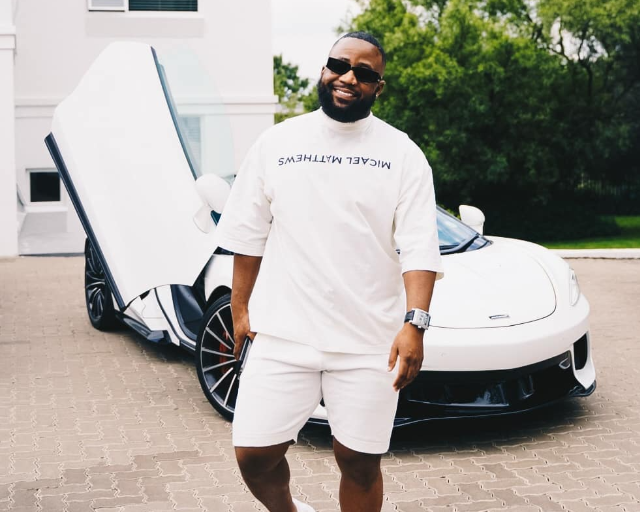 Rapper Cassper Nyovest reckons  "grootman" Black Coffee should put his money behind him in the rapper's upcoming boxing match with actor and musician Anga "NaakMusiq" Makubalo.

Black Coffee replied to a poster for the fight, to be held in April at the Sun City Superbowl, saying he was conflicted about who to throw his weight behind.

If there is anything Cassper t is a pro at, it is hyping himself. He slid onto the TL trying to convince Black Coffee t he had this one in the bag.

"I'm your best bet. I'm definitely winning this fight, grootman. Put your money on me. You'll double it."

I'm your best bet!!!! Im definitely winning this fight grootman!!! Put your money on me!!! You'll double it!!! https://t.co/RObVrtN0C1

Cassper has kept his fans glued to his timeline with glimpses of himself training for the big fight.

Cassper Nyovest says he's definitely winning the celebrity boxing match against NaakMusiq based on the footage.
TshisaLIVE
6 months ago

"These are some weird times yo. When everyone runs of out of ideas to trend they just think 'Cassper Nyovest'," the disappointed rapper said.
TshisaLIVE
6 months ago

"100K is nothing to me … I’ll rap battle for free. At least I can earn millions in royalties like Composure!" Nota tweeted.
TshisaLIVE
6 months ago