Image: Emtee/ Instagram Rapper Emtee has caught on people's MO in his life

It seems when rapper Emtee released his song We Up a few years ago he didn't know just how prophetic the song would be in his life, but he's come to learn people truly don't like to see others succeed.

Emtee rapped about what is often referred to as the "pull him down syndrome" among black people in the hit song. Taking to Twitter on Sunday, he shared how much the meaning behind that song rings true in his life.

“Everybody wants you to be successful until you become successful. Then everybody tries to pull you down.”

When Emtee made his big appearance in the music industry his fans dubbed him the best lyricist of his time and predicted he had a bright future ahead. However, the rapper has also had his fair share of challenges in the industry. From collapsing on stages to record label woes with Ambitiouz Entertainment. the rapper has been through it all.

At one point his private life threatened to over-shadow his talent.

He has since pulled himself together and is releasing music under an independent label, and once in a while he shocks tweeps with his state of mind. He seems more mature and of sound mind and revealed its all thanks to parenthood that he has a new perspective.

Everybody wants you to be successful until you become successful then everybody tryna pull you down.

In case you need a reminder of the “prophetic” song, here's the music video: 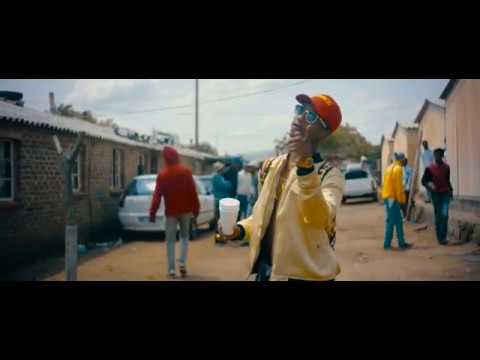