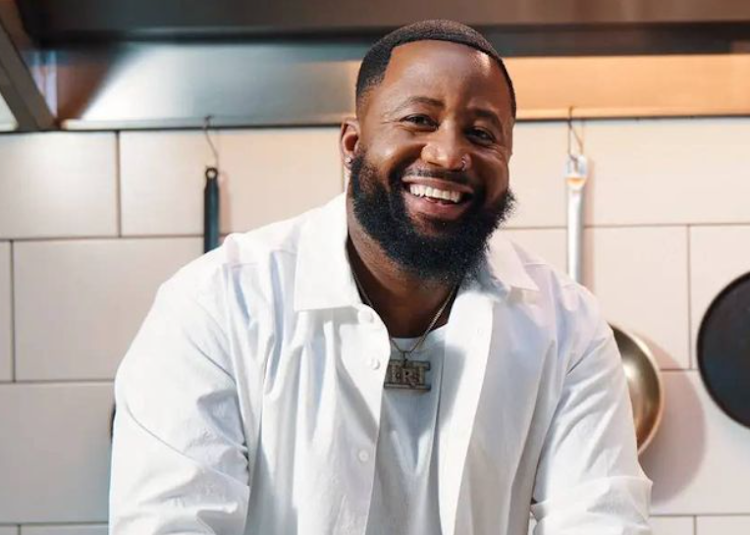 This after Prince Kaybee threw an insult in the comment section of an Instagram video of Cassper training for his boxing match with actor and singer NaakMusiq set to take place in April this year in tight cycling shorts.

“For someone that keeps on talking about b*lls this is shocking,” Prince Kaybee wrote. 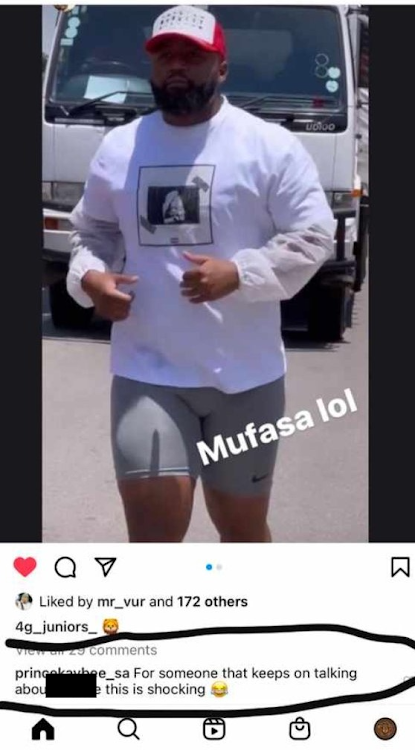 Cassper reacted to his comment saying the DJ could talk a lot about him but failed to accept his challenge to a boxing match.

“Prince Kaybee is a b*tch! He will never ever step in the ring. Kabelo is a b*tch, that's why a tsamaya a bua ka di tool tsa mauti (why does he go around talking about men's tools). Lol... He is a sweet lil b*tch and he doesn't have the balls to step in the ring with a real man like me. The day he grows a pair, I'll be ready!!!"  he wrote. 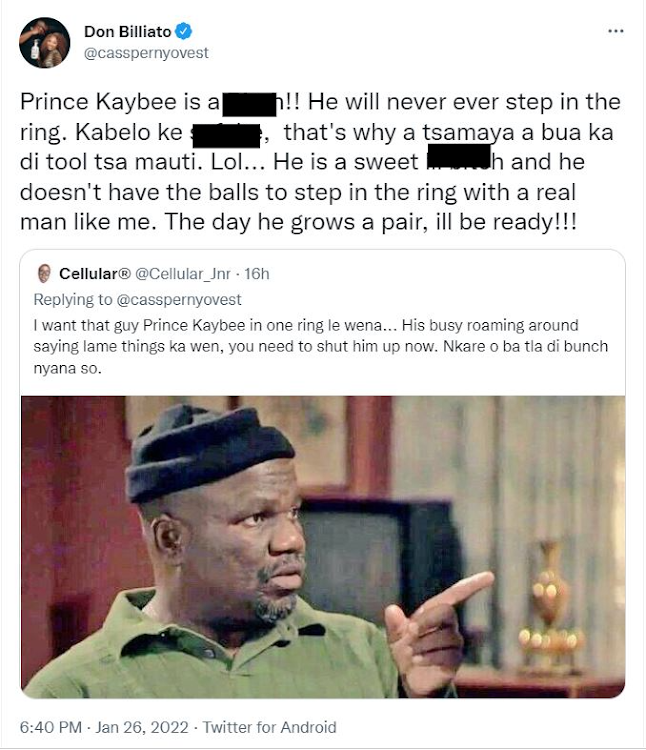 The two stars are longtime enemies who have been looking to settle their differences in the boxing ring for a while, but have had struggles reaching consensus.

In July 2021, after going back and forth for months with Prince Kaybee, Cassper called off his boxing match with the DJ, saying he kept on making “delusional demands” and not accepting R350,000 offered on the table.

“The Kaybee thing is dead. I have realised that niggas wanna get clout from tweeting or they tryna finesse money to fall on encase they lose. I was looking forward 2 getting in the ring with dude but he is delusional with his demands. Who else yall think would make a good fight?” he announced.

OPINION | The beef between Prince Kaybee and Cassper is so 'unnecessary'

"The beef between Cassper Nyovest and Prince Kaybee does not need to make it to next year."
TshisaLIVE
6 months ago

'He thought the ring was YouTube': Inside Cassper Nyovest and Slik Talk's boxing match

Reaction, celeb spottings and the next boxing match. Here's everything you need to know about Wednesday's bout
TshisaLIVE
6 months ago