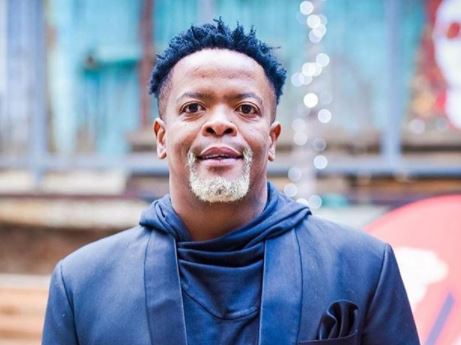 Comedian Trevor Gumbi said being friends with Flabba was an honor
Image: Via Instagram

Comedian Trevor Gumbi misses his homie rapper Nkululeko “Flabba” Habedi six years after he died. The seventh anniversary of his death is coming up and Trevor wants to celebrate that in his hometown.

Taking to Instagram the comedian shared a picture of his friend and said in the month of the anniversary of his death he is planning to visit Flabba's hometown, Alex.

“Flabba: the greatest artist that I’ve had the honour of befriending. You are missed big homie. 31st March, I’ll break my fast with a couple of Black Labels eGomorah.”

Flabba died in 2015 after being stabbed by his girlfriend and now convicted murderer Sindisiwe Manqele. His death came as a shock to the hip-hop fraternity.

Fellow Skwatta Kamp member Nkosana "Bozza" Nkosi headed to the comment section and said he would never forget Flabba who wore different hats in his life.

“Man. Nkuli Habedi... This guy played a million roles in my life. I get so emotional just seeing his name, let alone pics. Love him so much.”

Siya "Slikour" Metane last year shared on Instagram the news that the life of his friend and fellow group member was being immortalised in a mural at Gomora.

“If Flabba knew he’d be immortalised in his hood and we’d grow up to show our children, colleagues and whenever they talk about the history of Skwatta Kamp or rap, this mural would be shared, he probably would never have believed it.”

"I know yesterday we all left Alex with a sense of joy and celebration by just being there for a short moment."
TshisaLIVE
9 months ago

IN MEMES | Ufelani fans left in their feels at Flabba tribute

Viewers of Ufelani tuned in their numbers this week in an attempt to finally truly understand the events that led to the untimely death of the late ...
TshisaLIVE
3 years ago

The wounds that Sindisiwe Manqele sustained in her abdomen could not have been self-inflicted‚ the Johannesburg High Court heard on Friday. This was ...
News
6 years ago

Manqele has taken no responsibility for Flabba's death‚ says psychologist

Sindisiwe Manqele‚ the woman convicted of the murder of her rapper boyfriend‚ Nkululeko “Flabba” Habedi‚ has not taken responsibility for his ...
News
6 years ago