“My status, my craft will never be matched by anyone. I'm irreplaceable and irresistible I'm like one of the icons Nelson Mandela, Lebo Mathosa, Brenda Fassie, Mandoza.” 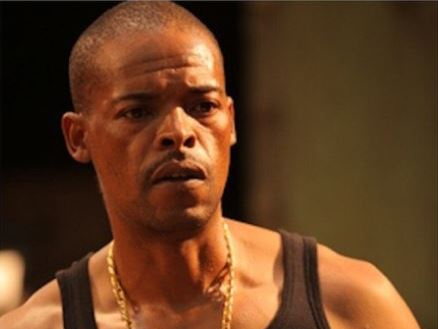 Israel Matseke opens up about his journey of recovery after battling with gangrene and losing his leg.
Image: Via Instagram

Seasoned actor Israel Matseke-Zulu is well on his way to recovery after he battled with gangrene for seven years which led to the amputation of his left leg.

Speaking to TshisaLIVE the actor revealed he had no idea he had gangrene for all those years because the condition only worsened last year when he was shooting for Mzansi Magic telenovela Gomora.

The legendary actor said he went to numerous doctors, but they couldn’t understand what it was.

“I started to be very ill while I was doing Gomora in 2021; I think I was working with them from March to August. By August I had fully blown pain and couldn’t walk, but originally my illness started six to seven years ago.”

"The growing demands of my job at 'Gomora' made it difficult for me to give my all to the show due to this illness that effectively rendered me ...
TshisaLIVE
7 months ago

Israel said he would not have had an amputation if the doctors caught his condition earlier.  He was in excruciating pain days on end, something he described as “an electric shock on both his feet” with the pain shooting up to his heart.

He went to a gangrene specialist in Springs, who told him it starts in the toes and, if left untreated, affects the whole leg.

“I’ve been delayed by other doctors without experience, who couldn’t pick up what was happening. I was supposed to cut only the big [toe] so they can stop it from there, so by delaying the process it grew, so I was told to cut on the calf, below the knee or above. I only found out in August when I saw the specialist.”

Israel said he was reluctant to have the operation but a friend eventually convinced him to have it.

“I was supposed to cut earlier and then I resisted because they wanted to cut me above the knee and the illness was just down there by the toes, so I filed the papers so that they can cut me, but I changed my mind. By the fourth time I was in a very bad pain and then my best friend convinced me to cut.”

The TV star had his amputation at Rob Ferreira Hospital in Mbombela, Mpumalanga.

Celebs have sent messages of encouragement to the actor.
TshisaLIVE
6 months ago

“When I arrived there I was admitted and the same night my leg was cut and the next morning I was free from pain until today. I’m very happy the pain is gone ... I even forget that my leg is cut. Sometimes I fall, my mind always says to me you are healed you are fresh, my mind never accepted what happened.”

The actor is positive he will soon be back in the swing of things.

“I'm left with just two appointments with my doctor then I will begin the process of putting my leg into a prosthetic limb. It's a process  and it's very expensive but everything is ready for me, there's no problem.”

The 46-year-old said losing his leg has not affected his confidence: “My status, my craft will never be matched by anyone. I'm irreplaceable and irresistible, I'm like one of the icons Nelson Mandela, Lebo Mathosa,  Brenda Fassie, Mandoza.”

Celebs have sent messages of encouragement to the actor.
TshisaLIVE
6 months ago

"The growing demands of my job at 'Gomora' made it difficult for me to give my all to the show due to this illness that effectively rendered me ...
TshisaLIVE
7 months ago