Also responded to Joe Budden calling him a ‘shock jock​’ 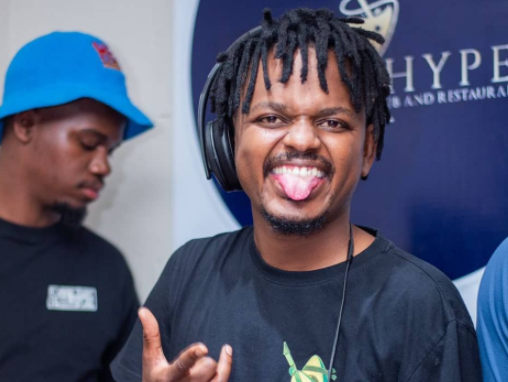 This comes after the singer expressed her distaste about their conversation in a series of now deleted tweets.

“I wrote every lyric on my Shea Butter album, you worthless germ! I was completely shocked and have never in my life been asked such a distasteful and predatory question. Regardless of what the hell I wrote does not give you losers the right to justify the disrespect,” she said.

Speaking to US podcasters Van Lathan and Rachel Lindsay in a recent episode of Higher Learning,  MacG addressed Ari's claims that his network did not comply with her demand to delete certain parts of their discussion before airing it online.

“They told me exactly what to remove and we did remove that. There is stuff we removed that if it were to go up right now it would even cause more chaos.” he said.

MacG said he was filled with remorse seeing how the aftermath of the interview sent social media into a frenzy, and e  repented.

“I want to sincerely apologise for that question and how it made her feel. And everything that came after that interview dropped. I'm not a malicious person. I don't hate anyone. I have the utmost respect for women. I would love to genuinely apologise to Ari and everyone who I might have offended with those comments.”

Watch the full interview below from 40:00:

Responding to US media  Joe Budden calling him “shock jock” when reacting to the interview, MacG called him out, saying he should put more respect on his name.

“Please tell Joe Budden I am not a shock jock dawg, I am a broadcaster. I've been doing this longer than him,” MacG said.

Joe Budden (podcast) weighs in on the Ari Lennox and MacG saga.

Joe reacted to trolls bringing it to his attention, saying he doesn't care.

“I said whatever you think I said. Do what you want with that,” he wrote.

I said whatever you think i said, do what you want with that.

Respectfully, i don’t care about this fam.

Having received mostly negative feedback after his Ari interview, MacG took to Instagram to share a clip where Charlamagne defended him.
TshisaLIVE
6 months ago

"Imagine us being called peasants by some unknown random chick. Wow," the poet hit back at Ari Lennox.
TshisaLIVE
6 months ago

Mac G scooped his first international guest in Ari Lennox but tweeps felt he fumbled the bag with his crassness.
TshisaLIVE
6 months ago