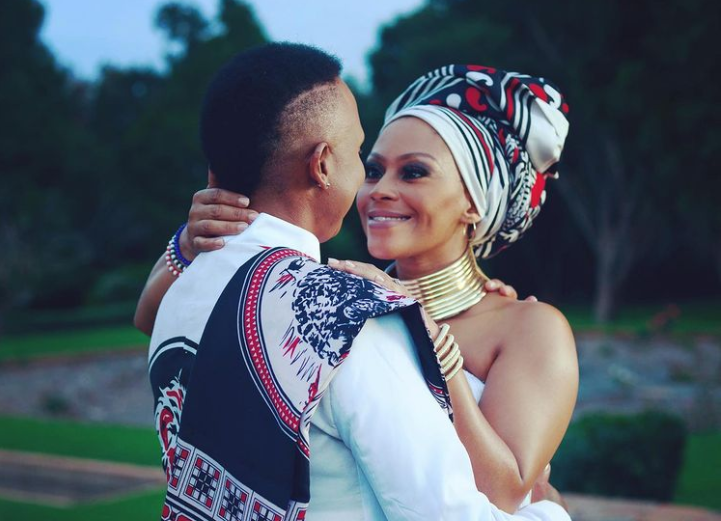 Actress Letoya Makhene-Pulumo has taken to her Instagram to reminisce about the day her wife Lebo Keswa knew she would ask the actress to marry her.

The actress shared a clip of her and her father legendary musician and producer Dr Blondie Makhene jamming in a studio session.

Letoya said the love that radiated between them gave Lebo a reason to wed her.

She said it was fun to watch how her wife and father got along and have now moved from just being friends for a decade to calling each other “daddy” and “my daughter”.

“Bona...don’t tell my wife but I think this was that moment that she decided that she’s gonna marry me-not only because she Loves Me-but because more than anything else-she fell in Love with how Daddy connects with Us as his children,” she said.

The actress has been bitten by the love bug as she celebrates the month of love with memories she has with her father and her wife on Instagram. She said Lebo got it all.

“Well now she got just what she wanted...All the Love and all the firmness that comes with Loving your children.”

They tied the knot in traditional ceremony in 2020 and the pair have been tied to the hip ever since.

In separate posts Letoya is honouring the love and support from her dad and the acceptance he gave her when she told him about Lebo.

“As we celebrate the #MonthOfLove I’m reminded of this day. A few days after I told my dad that I’m in Love with a #WomxnToday I celebrate you, Daddy. You are the complete embodiment of unconditional Love and Compassion.”

"Brenda Fassie always broke out in song when she came to our house," Letoya shared.
TshisaLIVE
9 months ago

Letoya Makhene-Pulumo celebrates anniversary with Lebo: 'I love you forever!'

"Wow! Only a year and six months? It feels like a lifetime together!" Letoya said.
TshisaLIVE
11 months ago

Letoya Makhene appreciates her wife Lebo's love: This was written in the stars

"Like you keep saying to me, 'This was written in the stars'. Thank you for choosing me," Letoya said to her wife Lebo
TshisaLIVE
1 year ago