“She's quite a mean girl and I really enjoyed milking the meanness out of every performance.” 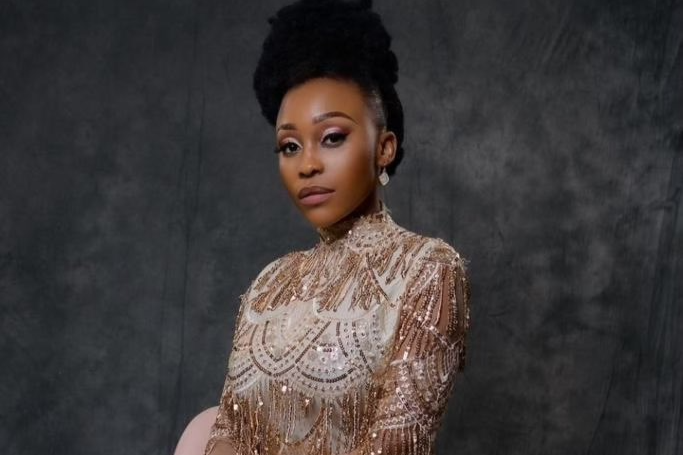 Lerato is an ambitious journalist who will do anything to advance her career, even when it means sabotaging her colleague.

The 13-part romcom is set to premiere on February 5 and it's going to give viewers a weekly dose of romance, laughs and drama during the month of love.

Dintle said the series follows the journey of young and beautiful ‘Nkuli’ who is working hard to climb the career ladder in journalism.

“She comes up with a brilliant idea to create a social media vlog dating challenge, 'Can she find her Mr Right in 13 weeks?', all in an effort to increase the readership of the magazine she works for and earn a promotion to junior editor of the magazine. Unfortunately, this job starts to seep into her personal life and that's where all the messy entertaining drama begins. ”

“In every show, the hero/lead/protagonist needs an antagonistic, contrasting character to challenge them. That is ‘Lerato’. And, man, is she quite antagonising. She is in competition with Nkuli for the junior editor job and because ‘Nkuli’ is good at what she does, Lerato takes up every opportunity to bring her down and challenge her. She's quite a mean girl and I really enjoyed milking the meanness out of every performance.”

Dintle said she was drawn to be a part of the show by the brains behind the romcom who is award-winning film director Lwazi Mvusi.

Lwazi is the award winning Creator of How To Ruin Christmas, Seriously Single and  Farewell Ella Bell.’

“I am a big fan of Lwazi Mvusi's screenplays. She's got a unique way of developing fascinating yet relatable characters caught up in hilarious circumstances. Her writing is incredibly witty, so when I learned that she was the writer for this show, I immediately knew that this was a production I wanted to be a part of.”

It’s a boy! Mobi Dixon and his wife are expecting their second child

DJ Mobi Dixon opens up about fatherhood as he prepares for his second child.
TshisaLIVE
6 months ago

"I had an amazing time and I loved how everyone could be a part of that moment," Pearl Thusi told TshisaLIVE about the #NationalLunchDate
TshisaLIVE
6 months ago

Meet me in the ring! Cassper still wants to fight AKA & Prince Kaybee

"No weapons, no police cases just two men in a ring handling business. I'd like to see you say all those things in a ring with me."
TshisaLIVE
6 months ago