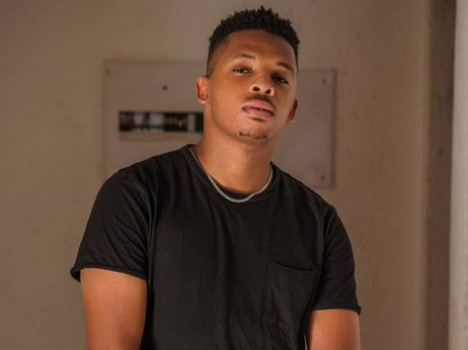 Singer Zuko SA speaks about his relationship with the late Nwabisa G and their dreams to grow their careers.
Image: Instagram/ Zuko SA

Afro-soul singer Zuko SA is determined to make sure the plans he made with the late singer Nwabisa Gciilitshana go ahead, despite her death.

Nwabisa drowned in a dam last month while swimming with her cousins.

Zuko SA has a hit single featuring the late Nwabisa G titled Qhawe Lam. The song is featured on Showmax's The Wife, holding testament to the dreams the two stars hoped to achieve together.

"She was new in the industry, so it was an exciting journey for me. I knew whatever we were going to work on was going to be big. We had big plans together, we recorded songs together and had plans to record more to release a body of work together." Zuko SA told TshisaLIVE.

Zuko SA said he met the singer when she came to his studio to record music, and they connected over their parents sharing the same surname.

"She was an easygoing type of a person. Then we found out we share the same surname and she became my sister like that."

Zuko said the last conversation he had with Nwabisa was about her traveling from the Eastern Cape to Johannesburg to kickstart her music career.

He wants to make sure the family benefits from the music they created together.

"I went to her home for the funeral. The family was excited to see me because they know our bond. When I arrived, it was almost as if they were consoled and saw hope,

"I'm at peace and can speak about this thing without crying because I know God is doing something for the family. I'm glad to be part of the journey Nwabisa and I created because the family is going to benefit from everything. I officially have a new family."

Zuko SA released his first body of work in July 2021 called No One Is Safe, as an effort to have his name echo in the Afro-soul genre

"Everyone in SA and abroad should know about Zuko SA. I felt like dropping this project was me saying  I want everyone's attention and I'm here to stay. I'm here to take up space in Afro-soul music.

"I have not received that much love in my career so The Wife put me on the map. It has made me want to write more meaningful songs in the future."

Family members of the late jazz legend Oliver Mtukudzi speak about their endeavours to keep his legacy alive.
TshisaLIVE
6 months ago

'A lot has changed, even financially, but we keep the ball rolling,' said Siyasanga Ngubane.
TshisaLIVE
11 months ago

"Tino Afrika is my legacy, it's my empire. I'm doing this for Tiyani (his son)."
TshisaLIVE
8 months ago