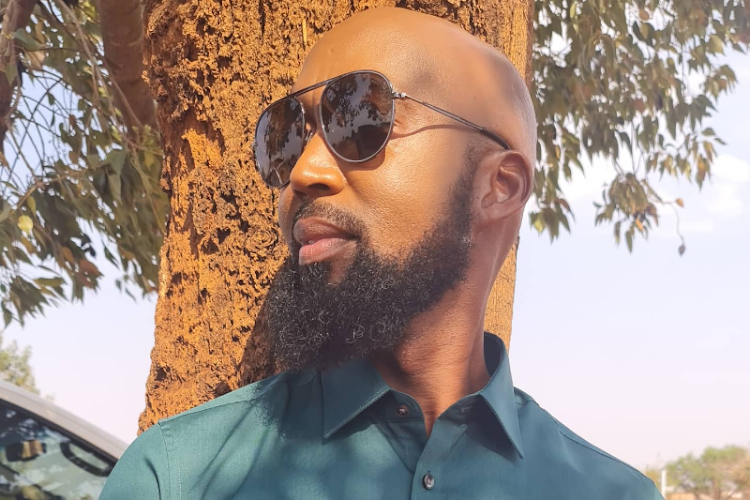 Muvhango actor Dingaan Mokebe kaKhumalo has lashed out at tweeps for their insensitivity after an old painting Rasta painted of him went viral on social media.

The actor said he made a request to Rasta to paint it for him because he wanted to use is as a promo for his album.

Taking to Instagram on Wednesday Dingaan did not hold back about his disappointment at some tweeps who were passing off that painting off as the late rapper Riky Rick.

“The portrait Rasta made, he made it for me last December when I released my album. He did not make the picture for Riky. The audacity you people have of taking that picture and making it a mockery out of it.”

He said people were making a mockery of the rapper's death.

“Why would you take Riky’s death and make mockery out of it? Guys Riky, was a father, Riky was a husband, Riky was a son, Riky was a brother, Riky was a friend. How do you think Riky’s family feels at this moment when you are busy circulating my picture and saying rest in peace Riky?”

Riky Rick, real name Rikhado Makhado, died this week at the age of 34.

The rapper's family confirmed he died early on Wednesday. In a statement sent to TshisaLIVE, they asked for privacy and prayers.

Since the news of his death broke fans and industry colleagues have shared their heartfelt condolences and fondest memories of Riky.

Musician Lady Du said she spoke to Riky, who was checking up on her through a phone call.

“I guess this was good night. I’ve felt so much pain the past few months that I’m actually numb. I don’t even know the stage I’m in now. I’m hurting because you emptied your cup to fill mine, checking up on me just yesterday, when you needed the same type love and light. I’ll always love you big bro. Rest now. Heaven is rich.”

"I’ve seen so much suicide over the last year I can’t even feel anything anymore," said AKA in a lengthy letter.
TshisaLIVE
5 months ago

"How does my role model care more about what people think about him over allowing himself to be human?"
TshisaLIVE
5 months ago

J Molley gets real with his fans about his struggles with depression.
TshisaLIVE
5 months ago