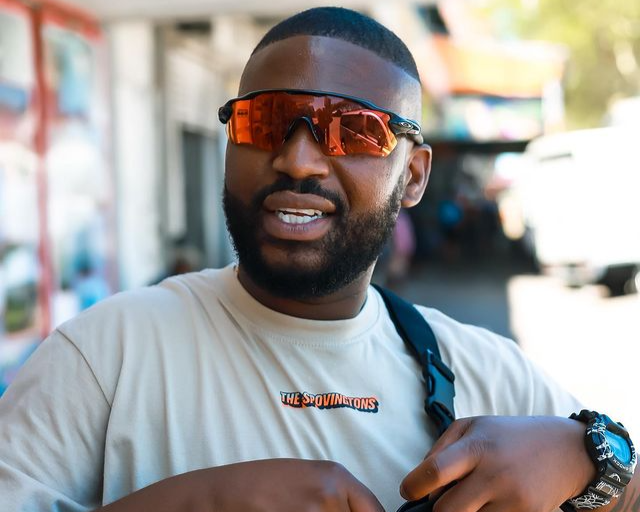 The rapper said it hurt him that he had to write a tribute post for a brother he just saw a few days ago at Riky Rick's memorial.
Image: Instagram/ Okmalumkoolkat

Rapper Okmalumkoolkat has penned a lengthy heartfelt tribute to late hip hop DJ Dimplez — a man he feels gave his life to the craft.

The rapper remembered Dimplez's contribution to the hip hop industry and in his career in the early 2000s.

Taking to Instagram recently, the Amalobolo hitmaker said Dimplez was a legend and also one of the “pioneers in the event scene”, mentioning the legendary DJ's brainchild Pop Bottles.

He poured his heart out about his lessons he learnt from Dimplez.

“I personally learnt a lot about how to see your vision through, from watching him and his team pull off those events and how they sold and marketed the brand, and got other brands involved was genius as well. I have definitely come to realise that the industry we are in, which is one that we have created in SA, is always quick to move on onto the new, and we don’t pay enough respect to people that literally gave their lives to the game. We don’t honour them enough, while they are still alive.”

The family of the DJ confirmed the news of his death and revealed he suffered from a brain haemorrhage that took his life on Sunday.

Okmalumkoolkat called for more spaces to be created where people can be celebrated.

“We write heartfelt RIP posts like these because there are no platforms where people are celebrated. We mirror a lot from the American industry but we haven’t learnt about how they always fighting to keep their heritage intact, and passing down stories (an African tradition) and making sure they control and tell their own narrative. We haven’t learnt this part and applied it. We are a very small country but we are still pretty much segregated in thinking. I mean, diversity is good, but how is it good and fair to not even know how to greet in my language / or at least know the biggest Maskandi artist, even if you are from the burbs and you only listen to Hip-Hop. ”

Kuli Roberts, Riky Rick and DJ Dimplez all died in a space of one month.
TshisaLIVE
5 months ago

Several sources told TshisaLIVE that the DJ died on Sunday.
TshisaLIVE
5 months ago

DJ Dimplez family confirm his death, say brain haemorrhage was the cause

"We ask for your space and respect as we process Tumi’s tragic passing. Thank you for your understanding."
TshisaLIVE
5 months ago

'This is so unreal' — Tributes pour in for DJ Dimplez

"Goodbye brother. What a great soul. We had some good times," wrote Khaya Dlanga.
TshisaLIVE
5 months ago