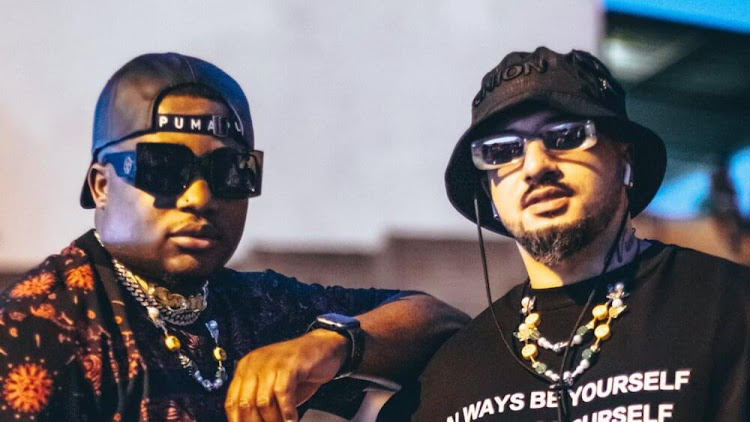 Venom and Shishiliza set to receive gold plaque after the success of their single 'Sondela.'
Image: Twiter

In a statement shared with TshisaLIVE, it was revealed that the song, featuring Blxckie, Raspy, Tshego, Yumbs and Riky Rick, was in the top 20 on the Radio Rams Chart in its first week, number 1 on the Apple Music hip hop chart, number 2 on the Apple Music Chart (all genres), trended at number one on Twitter plus received over 400,000 streams, and trended at number 1 on YouTube Music.

"#Sondela hit 1 million Plays on @applemusic & 1 million views on @youtube 🤌🏾 Thank You for the Love,” Venom took to Twitter announcing to his followers.

The song became an undeniable hit when it was released and the streams also propelled it. Being one of the latest released singles on which Riky Rick featured, people have been playing the song in honour of the late rapper.

“Thank you for the music you allowed us to create ... I hope and pray we’ll be able to keep your name echoing everywhere for years to come,” Venom wrote in his tribute to Riky Rick.

Shishiliza, also known as Bash Vision and Boity Thulo's manager, said they had been working on this song since June 2021 and have some more great music with Venom set to be released in due time.

“Been working on Sondela since June last year ... It’s not by accident it’s not by luck ... Respect the art,” he wrote in a tweet.

Producer and YFM radio personality, Venom, and Shishiliza are working on a collaborative body of work.

"Riky was so handsome that, even as a guy, you'd have that thought that 'Hayi man! The broer is too much!' Not only was his appearance beautiful but ...
TshisaLIVE
4 months ago

WATCH | His spirit lives on through music! Five of Riky Rick’s greatest hits

Cassper Nyovest is heartbroken over the death of his former friend, rapper Riky Rick.
TshisaLIVE
4 months ago