Khanyi Mbau empathises with 'The Wife' viewers: We have let you down

"Your cries are heard and I understand" 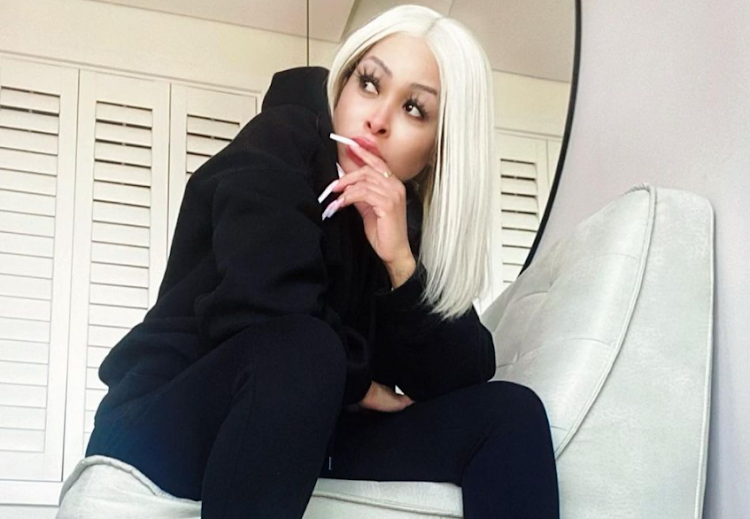 Actress Khanyi Mbau has addressed concerns The Wife viewers have about the direction season two has taken.

Taking to Twitter, Khanyi said she was not pleased with the way the writers portrayed season two , saying it lacked the romance and seduction in the books.

When season two of The Wife kicked off viewers were confident the Zandile and Nkosana love story was going to rock their world. Or at least set a precedence where Hlomu (Mbalinhle Mavimbela)  and Mqhele (Bonko Khoza) started off with their romance and steamy love.

"#TheWifeShowmax has become more of a crime drama series on a lot of prison scenes, people going missing, hate and mystery instead of a warm, sexy story about a man and a woman who should be in love"

"But season two didn’t give us enough love and companionship from Zandile and Nkosana and that’s why u are all so disappointed, I am too," she tweeted.

But season two didn’t give us enough love, and companionship from Zandile and Nkosana and that’s why u are all so disappointed, I am too #TheWifeShowmax

A week ago viewers were not impressed with The Wife's recent episodes. The storyline left some fans of the show unhappy and they took to Twitter to voice their disappointment.

"We have let you down. We have not given you what you had expected. A love story between Zandile and Nkosana. That’s what we all hoped to experience."

In a series of tweets the actress empathised with viewers and said she got it, that "she too wanted to experience the deep love story" between Nkosana and Zandile. She said after reading the book she was expecting a Christian Grey and Anastasia Steele kind of chemistry and scenes.

"To be honest, I had hoped for an African version of 50 shades of grey ... that’s how I imagined them. Your cries are heard and I understand."

We have let you down , WE HAVE NOT GIVEN YOU WHAT U HAD ANTICIPATED! a love story between Zandile and Nkosana. That’s what we all hoped to experience. #TheWifeShowmax

None the less thank you for sticking it out with us.. and staying loyal to the show and the platform. Ur views mean so much to me as an actress and performer.. but u are not going crazy I FEEL YOU ❤️ #TheWifeShowmax

SO I FEEL YOU ALL! imagine how I feel playing Zandile after all my research on her. YOU ARE NOT ALONE! I too want to experience this deep love story. #TheWifeShowmax

"If you haven't watched today's episodes of 'The Wife' don't bother. The trailer didn't lie, there is nothing to watch," one tweep wrote.
TshisaLIVE
5 months ago

What does Khanyi Mbau love the most about 'The Wife' star Mondli? His voice!

Khanyi Mbau and Mondli Makhoba, who plays Nkosana, are season's 2 power couple on 'The Wife'.
TshisaLIVE
5 months ago

"In the coming season we get to see how much Mandisa is part of the family and her journey with Zandile."
TshisaLIVE
6 months ago