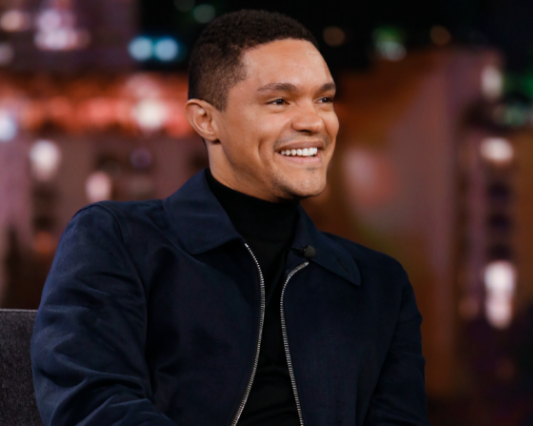 SA-born comedian Trevor Noah has slammed Kim Kardashian's “patronising” advice that women in business need to work harder because it seems like “nobody wants to work these days”.

In a Variety profile published this week, the Kardashian-Jenner women discussed making money, their reality TV legacy and their sprawling empire of lifestyle brands.

One part of the interview — Kim's advice that women in business should set out to work hard and “get off their arses” — went viral and left people feeling Kim was being hypocritical.

Kim, seemingly offended at the popular notion that she is “famous for being famous”, attributed her family's success to its work ethic before telling women who aspire to be successful to just work hard.

“Get your f**ken a*ses up and work. It seems like nobody wants to work these days,” Kim said.

In a video clip shared on Twitter, The Daily Show host joined many others who called out Kim. Weighing in, Trevor said while he can see where Kim is coming from, he slammed her advice as condescending.

“Here's the thing that maybe Kim Kardashian doesn't understand. It can come off as extremely condescending to tell women the reason they are not successful is because they are too lazy to get off their a*ses and actually work. Because, yes, Kim Kardashian works hard but you know who else works hard? Women. But you know what a*ses don't have? It's Kim's luck to be born into a rich family,” Trevor said.

Trevor said Kim shouldn't forget she had luck, access and connections on her side, which all contributed to her “hard work” turning her into a success.

It’s true that Kim Kardashian works hard. But you know who else works hard? Most women. pic.twitter.com/NodCoBKbpu

Meanwhile, Twitter has been wildin' since the video of Kim went viral.

Here are other reactions on Twitter to Kim's advice:

Kim Kardashian before giving the general public any advice about working hard pic.twitter.com/T9WT12Vc7m

Richsplaining: When a person who
hasn't experienced poverty gives
you patronizing advice on how to
get out of poverty. 🙄

Trevor Noah criticised reporters stunned by the violence unfolding in a “relatively civilised” and “relatively European” country.
TshisaLIVE
5 months ago

The prestigious gig has previously been headlined by comedians such as Michelle Wolf and Stephen Colbert.
TshisaLIVE
5 months ago