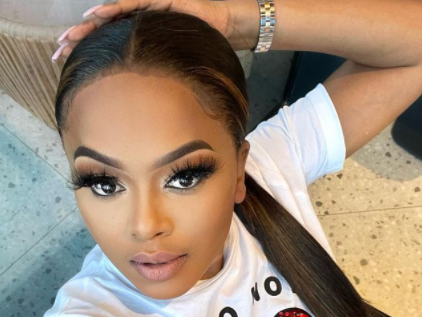 No sound malfunction at gigs stress Lerato Kganyago and Dineo Ranaka, and it has been revealed by DJ Jawz that its because the Metro FM personalities plan for it to be this way.

Music producer and club DJ Jawz told his followers that the two media personalities come fully armed in case any mishaps occur when it comes to sound.

DJ Jawz was replying to DJ Ms Party's tweet about people who don't service their CDJs.

“That's why bo @dineoranaka and @Leratokganyago always have a back up truck carrying sound to gigs. Your speakers are wack, they change them. Your cue button is stuck they replace the CDJs. I think they need to charge more because we don't need this drama as DJs.”

The discussion between the DJs comes after Uncle Waffles was again trolled on Twitter for her recent set overseas. They might not have been referring to Uncle Waffles but shared their experiences as DJs who have been in the industry for more than a decade.

Uncle Waffles has been making waves internationally. She has been in the UK for the past few days, repping amapiano sound to her fans that side. After her latest performances in Birmingham and Manchester, the clips made their way to social media, and she immediately went viral.

In a separate post DJ Jawz tweeted that being a DJ is not always as easy as it looks.

“Trust me, as a DJ I've had so many bad sets. Sometimes you just don't connect with the crowd and sometimes a having a bad day or even nerves usually comes into play. There's no perfect DJ out there,” he tweeted.

Thats why bo @dineoranaka & @Leratokganyago always have a back up truck carrying sound to gigs following them. Your speakers 🔊 are wack, they change them. Ur cue button is stuck they replace the cdjs. I think they need to charge more coz yah, we dont need this drama as djs https://t.co/Gpt1rmPdCB

DJ Olwee said he understood why Lerato and Dineo go the extra mile to ensure their sets go smoothly, adding that as female DJs they were unfortunately easy targets for attacks and people claiming they don't know how to DJ.

“There’s also the matter of them being women. It’s self-preservation. People constantly try to catch women out. It’s my experience too. So, yes to making sure their sets are great but the fact that they have to carry equipment because of that anxiety, not cool.”

There’s also the matter of them being women. It’s self preservation. People constantly try to catch women out. It’s my experience too. So really, yes to making sure their sets are great but the fact that they have to carry equipment also because of that anxiety… not cool.

WATCH | Lerato Kganyago shares her joy — her fans love to see it!

"Lerato Kganyago deserves all that love …she’s been through a lot… I’m really happy for her," said one fan.
TshisaLIVE
4 months ago

"For strength in the new year, wisdom, clarity, success."
TshisaLIVE
5 months ago

"The #ZeeNation fights for this one every year, thank you!" DJ Zinhle said of the accolade.
TshisaLIVE
6 months ago

"Can’t stop! Won’t stop! Back on #TheBridge 9am to 12am on @metrofmsa today," an excited Dineo wrote on her Instagram.
TshisaLIVE
5 months ago