Wants to join Thuli P, Uncle Waffles and others 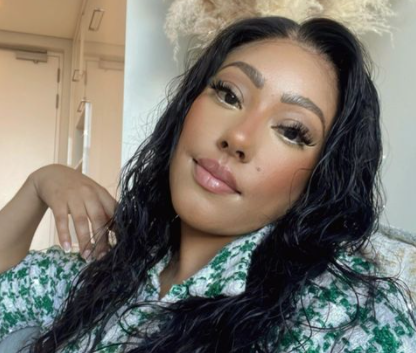 Media personality talks about her decision to go back to school and becoming a DJ.
Image: Instagram/ Mbali Nkosi

Actress Mbali Nkosi is planning on expanding her brand and becoming a DJ.

As a media personality and businesswoman, Mbali hosts a makeover show on DStv's Honey channel called Shine Shine, has her clothing line called M label, her cosmetic range Azuri with Sharon Khuzwayo and Thembi Seete, and wants to add DJ to her list.

“I had the pressure of everyone around me telling me I understand music, the fact that I play musical instruments and I've written songs, questioning why I am not doing music

“There was this boom of so many females DJing and I didn't want to jump on their bandwagon. I wanted my own story. I decided to do it differently and go to school and when I'm ready I'll come out,” she told TshisaLIVE.

Six months ago, Mbali enrolled to learn how to DJ and is set to graduate in two months.

“It took so long to build my own brand that I'm not trying to create somebody new or create an alter-ego so I'm going to stay Mbali Nkosi.

Mbali has Sama nominated songs she's written for Thembi and Lira, among many others, and said  this venture will put her back into the music scene.

“I want to focus on my music side . I want to get to a point where I am releasing music again.”

While she puts her acting career on hold, Mbali hopes her DJing career will open  opportunities for her to get back into radio as well after she left Massiv Metro two years ago.

“I want to get back into radio but I want to do commercial radio. It's not as easy as people make it seem, but I've been doing the work to get back. I stopped doing Massiv Metro because my life got so busy at the time and radio takes up so much of my time.”

While Mbali anticipates launching her DJing career, she's focused on sharpening her skills at school while expanding her businesses.

“Azuri cosmetics want to add on the male element and I want to launch evening wear for the M Label.

“I've always done business. It takes a different type of personality to want to risk everything. I have always been passionate about business since I was 17. Everybody has more aspects to themselves and certain parts of your life. You focus on one thing more than the other.”

Uncle Waffles is a hit on the net and on the DJ desk!
TshisaLIVE
9 months ago

"I’ve been playing since I was 10. I play better than I sing. That’s not for you to even comment on. I’m a skilled DJ. Lapho I don’t even need ...
TshisaLIVE
10 months ago

LootLove is trying her hand at DJing, but here’s why you won’t see her at a shisanyam near you

"I won't be in the clubs but I'll be at the cute festivals," Loot Love said.
TshisaLIVE
11 months ago