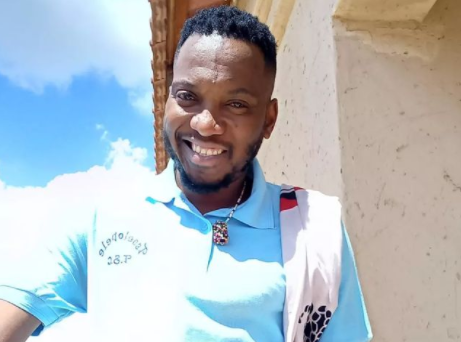 Zola Hashatsi is distraught after losing several loved ones and close friends in the past few months.

The actor took to his timeline saying he was compelled to take some time off to deal with the emotional pain after having buried his close friends Patrick Shai, Kuli Roberts, City Lyts, Riky Rick, DJ Dimplez and Siyasanda Sesimani.

The actor admitted that while he may be wearing a brave face, he's not OK at all.

“So far this year I have lost and buried my friends and lovers Patrick Shai, DJ City Lyts, Kuli Roberts, DJ Dimplez, Riky Rick and Siyanda Sesimani. So I need time out to deal, feel, accept, cry, scream, shout, sleep and stuff. I try to support everyone but at this stage. I am not OK,” he wrote.

Veteran actor Patrick Shai died on January 22 after taking his own life and was laid to rest on January 29. Zola celebrated the actor's life in a Instagram post acknowledging his contribution to the art industry.

“The @markettheatre pays tribute to risen veteran actor Patrick Shai. His contribution to the arts is monumental. To those he has encountered, he was a brother, a friend and a father. The industry has truly lost a legend. May his soul rest in eternal peace.”

On April 9, Kuli Roberts died at the age of 49. In a number of social media posts, Zola paid tribute to his friend while mourning her death.

“Death be not proud. I will miss your baritone laughter. Your sarcasm at all times, your seriousness yet playfulness when it's time to work. Your love, energy, rants, gossip, smile, kisses, weed, awkward dance moves, hugs. I am broken, not sure if I will be OK. I am not OK.”

City Lyts was gunned down in Soweto in the early hours of Monday, February 14.

Zola, who was the MC at the DJ's funeral, appealed to those present to assist with investigations and ensure justice for Citi as a manhunt was lodged to apprehend his killers.

Rapper Rikhado “Riky Rick” Makhado died on February 23 after he allegedly took his own life. Zola along with many other celebs have shared tributes on social media celebrating the impact he had in the entertainment industry and the belief he had in young upcoming talent.

DJ Dimplez died on March 6 from a sudden brain haemorrhage. Tributes continue to pour in for the late star. A memorial service, which will be open to the public, is still set to take place in his honour.

Siyanda Sesimani died on March 11. The Estate actor had been in a coma since February 15, after he was injured in a house burglary.

Zola told TshisaLIVE he was determined to see the suspects behind his friend's death apprehended.

DBN Gogo may have been dubbed an unproblematic celebrity, but this weekend she made it clear her peaceful nature will not be abused by online trolls.
TshisaLIVE
5 months ago

"I hope people understand that when people tweet their sadness on socials it is not for attention."
TshisaLIVE
5 months ago

Lady Du was put on blast and accused of announcing celeb deaths prematurely.
TshisaLIVE
5 months ago