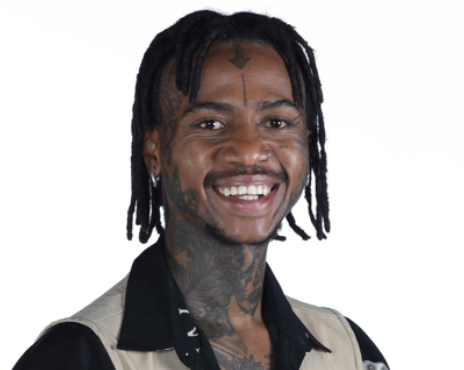 Big Brother Mzansi season 3 contestant Themba Mabaso has heeded his fans' call to start a GoFundMe page to help him kick-start his career and business.

Themba made it to the top 3 of the competition with Gash 1 coming second and Mphowabadimo winning the R2m grand price.

An official announcement was shared on his social platforms.

“As requested by Ghostnation, we opened go fund me account for Themba. It’s in his name so his identity document and personal banking details will be needed to withdraw the funds. PayPal account will be linked to the go fund me soon.”

Themba's goal is to raise R2m through the fund page and his fans, dubbed the Ghostnation, have already contributed R76,900 as they continue to send him love and well-wishes.

“At first, I was not aware that it was happening when I didn't have my phone, but now I know that it's happening and who is running the page for me so people can send money there. I didn't want to involve myself in asking for money from people because they had already given me love but they are doing it out of their hearts. I was not prepared for this kind of hype,” he told TshisaLIVE.

The 30-year-old tattoo artist kept the audience glued to the screen and made the Mzansi trends list on various occasions while he was part of the show.

Before joining the show Themba attempted to break into the music industry and start a business.

During the show, Themba said joining the competition had brought him hope as he had struggled to kick-start his music career and tragically lost his tattoo parlour called Rough Ink in Alexandra, Johannesburg, to a fire, after launching it with his friend Joel Moerane in 2019.

“I tried so many things and I kept on failing. I believe in a saying that says 'success consists of a series of failures and not giving up' so I failed in a lot of things. I make music, I've put out songs, they did not make it. I built my tattoo shop and it burnt and when I was about to give up, Big Brother opened the door. As soon as I entered the Big Brother house I became positive.”

Speaking of how he plans to use the money, Themba said he wanted to build a new tattoo store and pursue music, modelling and art.

“I'm going to continue doing art, the tattoo shop where I'm operating and hope to build a bigger shop, while modelling, and releasing music. I'm all about art, so everything that has to do with art I'm going to do.”

Terry on her #BBM exit, dating Vyno and getting back to ‘Only Fans’

Terry speaks about launching her career and her return to 'Only Fans'.
TshisaLIVE
3 months ago

"He's one of the last persons I spoke to before going into the house." - Vyno on Riky Rick's death.
TshisaLIVE
4 months ago

B.U believes his focus on his relationship with Venus cost him the R2m grand prize but continues rooting for her.
TshisaLIVE
4 months ago

"I was myself and had a tremendous time. The fact that people have tapped into that and it's positive, I'm grateful," Nale told TshisaLIVE.
TshisaLIVE
3 months ago