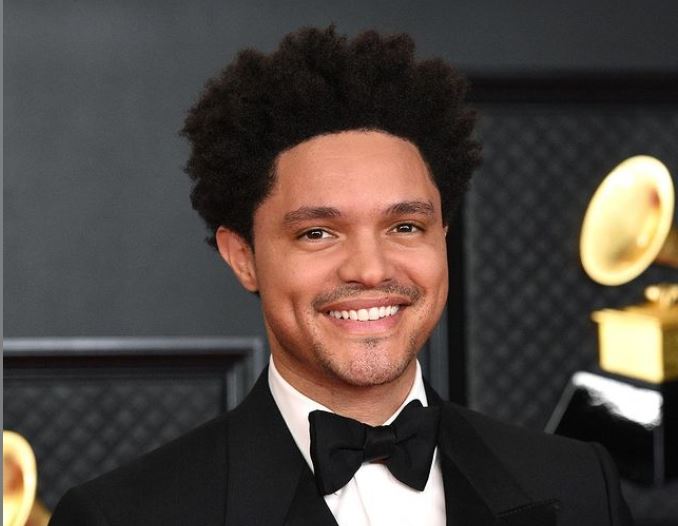 Comedian Trevor Noah wants a photograph from the recent Grammy Awards to be displayed at his funeral.
Image: Instagram/Trevor Noah via Kevin Mazur/GettyImages

Forget using his childhood picture or words describing how great he was when he was alive, comedian Trevor Noah wants people to show a snap of him with Korean group BTS at his funeral.

The SA-born comedian recently hosted the 64th Annual Grammy Awards ceremony, where internationally-acclaimed DJ Black Coffee made history by bagging the award for the Best Dance/Electronic Music Album for his album Subconsciously.

While hosting, Trevor had a moment with the Korean boy band group and captured a picture of the moment.

“At my funeral, please don’t use words. Just show this pic. Well, I mean, if you have other angles of this moment feel free to use those as well,” Trevor joked with the hashtag “best night ever”.

At my funeral, please don’t use words. Just show this pic. Well, I mean, if you have other angles of this moment feel free to use those as well. 😁 #BTS #BestNightEver #GRAMMYs @bts_bighit @BTS_twt 🔥 📷: @GettyImages pic.twitter.com/gxXOGY0YhB

Trevor came under fire earlier this week when a video of him jokingly sharing that he attempted to learn Korean went viral.

In the video The Daily Show host can be seen seated with the group and chatting with them about how they had learnt English by watching the popular TV series Friends.

Trevor claimed he had attempted to teach himself Korean by also watching a popular show.

Fans of the group criticised Trevor for the joke, saying the Squid Game reference was “racist”.

“A Squid Game reference? Considering that you could have literally selected any other words to learn or a different sentence to learn, why was it necessary to choose a Korean Netflix series to relate to a Korean idol? Disappointing Trevor Noah,” wrote one fan.

“How did Trevor Noah think that Squid Game joke was OK? Like out of all people, shouldn’t he know it was insensitive and awkward?” said another fan.

“Trevor Noah’s little Squid Game joke was racist and not funny,” another claimed.

Trevor Noah has been called a hypocrite for embracing Will Smith after his Oscars saga when he called out Kanye West for "abusive behaviour" not too ...
TshisaLIVE
3 months ago

DJ Black Coffee made history with his Grammy win.
TshisaLIVE
3 months ago