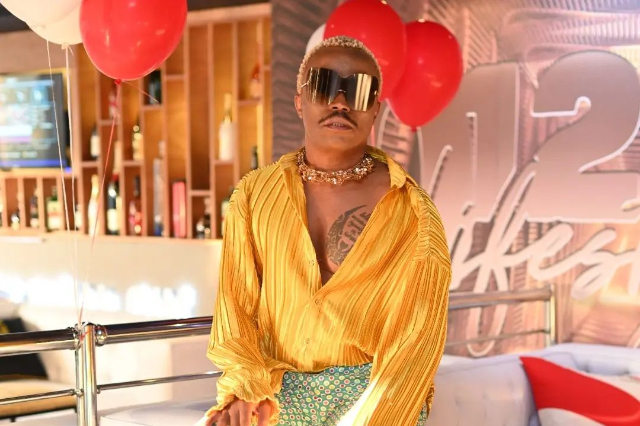 Somizi has urged KZN-based artists to hold a benefit concert and donate the proceeds towards a relief fund to assist residents.
Image: Instagram/ Somizi Mhlongo

Media personality Somizi Mhlongo took to Instagram to share his beautiful idea to help distraught residents in KwaZulu-Natal after the recent floods which wreaked havoc in the province.

The death toll in the province currently stands at more than 300.

In a statement, the office of the MEC of co-operative governance, Sipho Hlomuka, said: “The latest reports indicate that 306 people have lost their lives as a result of the heavy rains.”

Somizi said Mzansi needed to assist the government in KZN. He challenged his friends to lend a hand.

“I would like to again challenge especially Durban-based musicians, the likes of DJ Tira, who are able to organise concerts, promoters like Max to come together this week and put together a benefit concert at the stadium, Moses Mabhida. And then all the artists from all over the country can volunteer to perform for free but tickets are sold at the gate at a cheaper price and all the proceed go to a relief fund.”

In a previous Instagram post the star revealed he woke up with a heavy heart because of the tragedy in KZN and urged everyone to lend a hand.

Somizi pleaded with everyone to donate clothes or make financial contributions towards the Gift of the Givers.

“I couldn't shake off what's happening in KZN. I have been seeing the videos on social media. My question is are we doing something about it as urgent as it is? I want to do my part and I believe everyone who is watching now is capable  of doing something. The entire country can do something whether it's clothing and we can all donate something towards the relief fund,” said Somizi.

Taking to Twitter, The Wife actor Linda Majola, who was born in a small community called Bonela in eThekwini, shared how the flood in KZN was hard to witness. He said he had been in touch with his grandmother, who assured him they were not harmed.

“Just got off the phone with my grandmother in Durban. The floods have caused so much damage in our community. My family is safe and unharmed but our neighbours are trying to salvage the little they have left. It is painful to witness.”

"The devil won on that night through one person who fell for the trap."
TshisaLIVE
3 months ago

'There was a time I thought I'd never see this day': Somizi on Bahumi's graduation

Somizi is super-proud of his daughter, Bahumi
TshisaLIVE
3 months ago

"Well done Showmax for taking it there and showing South Africans can go there without it being pornographic."
TshisaLIVE
3 months ago

Somizi 'releases' himself from the pressure of keeping up appearances