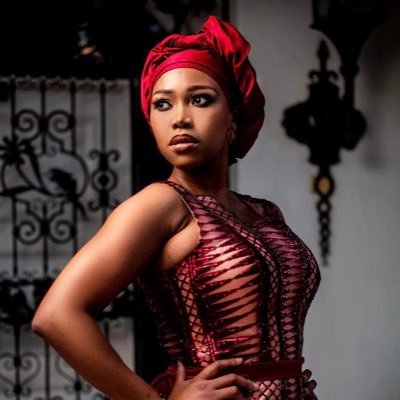 Actress and businesswoman Sonia Mbele is set to play her part in disaster-stricken KwaZulu-Natal after the province was hit by floods.

President Cyril Ramaphosa said on Monday evening cabinet had resolved to declare a national state of disaster to provide relief to KwaZulu-Natal and the Eastern Cape, which had been extensively damaged by floods.

In a statement shared with TshisaLIVE, the businesswoman said she will be distributing water on April 20 to rescue sites in affected areas of KwaZulu-Natal such as schools, community halls and homes.

“I’ve been through it all. I know the good, the bad  and the storm. Giving is in my nature. I’ve been giving in silence. When I get a gig, I would award the underprivileged. Not because I’m rich, but because I know and understand poverty. I know what it feels like to lose everything, and I’d do anything to lend a hand where I can.”

She opted to be in KwaZulu-Natal and not just send her water.

“I’m a mother of four and all my children depend on me. In our industry there is no guarantee. There are the good times and the bad. I know both. And the bad is traumatic. I don’t wish that situation on anyone hence I feel the need to physically be in KwaZulu-Natal. I don’t only want to send my water, I want to be there, within and among the people because I know that pain,” said Sonia.

Businesswoman and reality TV star Ayanda Ncwane took to her Instagram recently to share with her followers that she was in KwaZulu-Natal and in her hometown where she could see the destruction first hand.

“Homes are washed away and bereaved families are mourning at neighbour’s or relative’s places. It’s one thing watching the news. It’s another when you hear them tell you how they had to dig for their loved ones for days. Some are still buried under heavy stones or washed away in rivers. We have done our little bit to donate towards funerals and other emergencies but it’s not enough as there are way too many people in need. I’m pleading with business owners who are rural born to check our people,”  wrote Ayanda

Tbo Touch and Zakes Bantwini, Nomcebo Zikode, DJ Tira and others are also lending a hand to flood victims and started a campaign called United Creatives of SA Relief.

He told Daily Sun their aim was to buy at least 20,000 blankets, 1,000 ventilated tents and tinned food.

“None of us will manage the account and instead  we are talking to a church to assist us. The flood victims will have to go the identified church and prove they have been affected.”

"My family is safe and unharmed but our neighbours are trying to salvage the little they have left."
TshisaLIVE
2 months ago

"All the artists from all over the country can volunteer to perform for free but tickets are sold at the gate at a cheaper price and all the proceed ...
TshisaLIVE
2 months ago

The death toll in the floods in KwaZulu-Natal has risen to 443, with an estimated 63 people still missing.
News
2 months ago