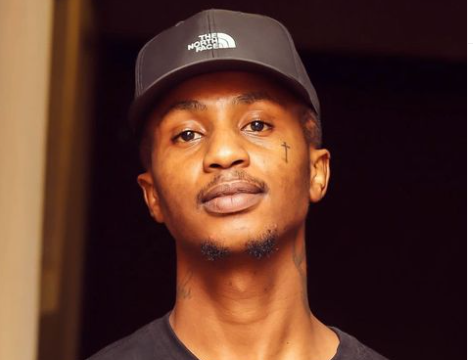 Congratulations are in order for rapper Emtee after he was named Hip Hop Artist Of The Year at the Global Music Awards Africa 2022.

The Roll Up hitmaker, who won against A-Reece, Sarkodie, Kwesi Arthur, and Ladipoe who were nominated in the 'Hip Hop Artist Of The Year' category took to Twitter celebrating his achievement.

“Can't keep a good man down innit,” he wrote.

Earlier this year, Emtee took to his Twitter timeline speaking of the recognition and acknowledgment he received in other countries for his contribution to the music industry more than in SA.

The rapper's close friend, award-winning singer Sjava, has spoken about how Emtee is incomparable and that his fans should continue supporting him.

“To all Emtee supporters, you need to understand Emtee can never be compared. If you love, respect and understand what he does, and why he does it, here is my advice: just enjoy his music,” Sjava said in a Twitter post.

Emtee says other countries recognise him more than South Africans

Here's a look at some of Mzansi's artists who represented SA at the awards:

Though Busiswa did not, the artist flew SA's flag high as she was nominated under two categories, Popular Song of the Year and Collaboration of the Year, for a hit song coming with Nigerian singer Naira Marley.

Yanga Chief was nominated under the 'Rapper of the Year' category alongside Manifest Sarkodie Olamide and Khaligraph Jones.

"None of you hip hop guys have to like me but there's nothing you can do to stop me from getting to my plate."
TshisaLIVE
4 months ago

Emtee says other countries recognise him more than South Africans

"They are scared to rap because of labels, society and culture vultures who say there's no future in hip-hop"
TshisaLIVE
6 months ago

Emtee isn't about hip-hop beefs. The rapper says he couldn't care about being dissed.
TshisaLIVE
11 months ago