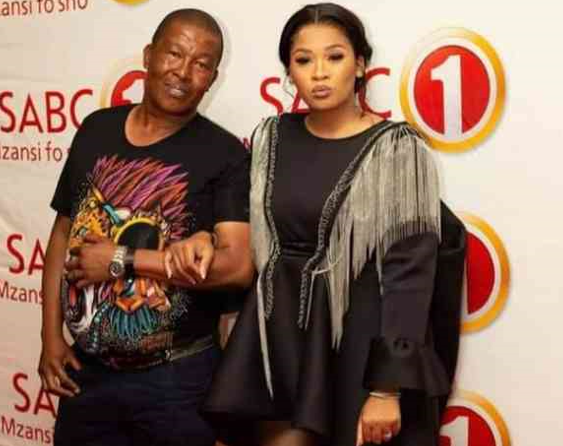 In a viral video shared on social media, Lady Du's father, popularly known as DJ Choc, slammed the amapiano star for apparently making claims she grew up in poverty, saying he had afforded her a great life.

“I don't know what Lady Du is talking about when she says she grew up poor. I worked hard and did everything for her in the world. She then went and h*ed around and ate money with all these men and she continues to spend money on these men.

“What is she doing now? She did not grow up poor, she had everything she needed. She is who she is because of me. Today you see me as a piece of sh*t but she can go around telling people she grew up poor,” he said.

Watch the video below: WARNING THE VIDEO CONTAINS STRONG LANGUAGE

Lady Du told TshisaLIVE she did not want to be a part of what had been reported about her because her post was taken out of context and her father had caught wind of a misconstrued story.

“I experienced depression in 2021. I lost everything that I had. I was out of home and didn't want to bother him with my stress and stuff. It was a motivational post. It had nothing to do with me saying I grew up poor.

“Somebody misread my post and went and told my dad that I said I didn't have this and that [growing up] . I've never in my life said I was poor, and that I can vouch on God. My dad doesn't have social media so I think somebody saw my post and went to ask him when that happened.”

The Umsebenzi Wethu hitmaker claimed she had not watched the video before, adding that after seeing her name trend, she had made an attempt to reach out to her father. She said she wanted to resolve the matter with the rest of her family elders.

“I have not watched the video. He sent it to my brother, making threats, and I kept quiet and said I'm not going to listen to it.

“I tried to speak to him. I sent him a message. He's hurting and I want to get to the point and find out what is the problem. If a person is hurt and they do it to that extent, I need to do it, not by myself but with elders, so we get to the bottom of why and what got him to that state.”

“My dad and I have always had a close relationship. He's my idol. As time goes by, with the industry and how we are, there are always people in the middle who want to see us break because we've always had a strong bond. I think that's why it's affecting him more emotionally.”

I'm in a very good place emotionally and mentally," she said.
TshisaLIVE
4 months ago

"The hype and clout are not for me I’m building wealth for my daughter to never walk the same path I did.
TshisaLIVE
4 months ago

Lady Du is excited to be part of the #GirlsWithMercs squad.
TshisaLIVE
5 months ago

Lady Du was put on blast and accused of announcing celeb deaths prematurely.
TshisaLIVE
5 months ago