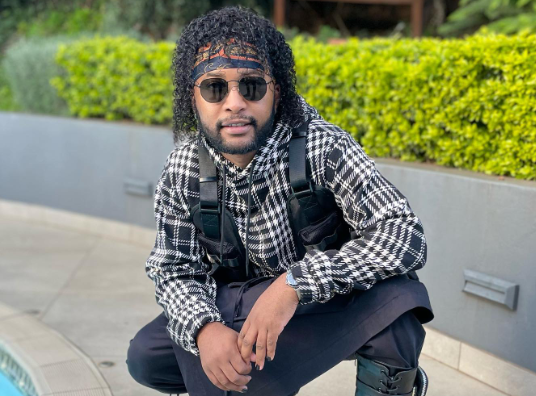 Vusi Nova has set the record straight after allegations that he is robbing his songwriter Tanky-Tanky “Nteng-teng” Mabutho.

City Press reported Vusi had paid Nteng-Nteng R3,000 and a crate of beer for her contribution to his hit song Ndincede.

Vusi Nova came to know the 65-year-old after a video of her singing a song at a funeral in March this year went viral on social media.

The singer took to his Instagram timeline on Monday.

“So apparently I bought the chorus nge 3k and a case of beer. Really? You guys should be ashamed of yourselves for writing such rubbish,” he said.

In another post Vusi shared a video of the family listening to the music and appreciating the message the singer sent for Mother's Day before their meeting on Thursday.

The singer is set to shoot the music video for the song Ndincede on Thursday and will visit the family again since there is a scene on the street where they live.

“As they write rubbish, Tengza, her family and I are on the same page. #Ndincede is now available on all digital platforms,” he wrote.

Speaking to TshisaLIVE, Vusi Nova said he was “saddened and disappointed” to see the report as they had contacted him to let him clear the air and yet they “published whatever their angle was”.

He was on good terms with the family and making sure Tanky would receive her fair share of the royalties.

“Myself, Tanky and her family are on the same page. We are both writers of the song and we share royalties 50/50. I think people are trying to f**k up something that's great and it's sad. Everything is legit. Can people just let us be. We are cool, everyone else is trying to make this thing as something that it's not,” he said.

On claims that he bought alcohol for the songwriter, he said it was meant for a celebration when he visited the family.

“I went to visit her and there were a lot of people there so I thought let me buy drinks for everybody. People are making that out to be a bad thing. We were just having fun. It's annoying.

“I don't know where they got that [R3,000 figure] from. But yes, I bought booze for everyone there because we were having fun, listening to the music, the song, and people were dancing,” he said.

"I was hurt in the beginning of their relationship because my father had kind of shut me out, he wasn't really explaining anything to me," said ...
TshisaLIVE
1 month ago

"It's great people have eventually got the message that Vusi Nova is not going anywhere."
TshisaLIVE
5 months ago

Not only has Vusi changed his name but he's changed is look too and has an amapiano song coming out soon. Are you feeling it?
TshisaLIVE
7 months ago