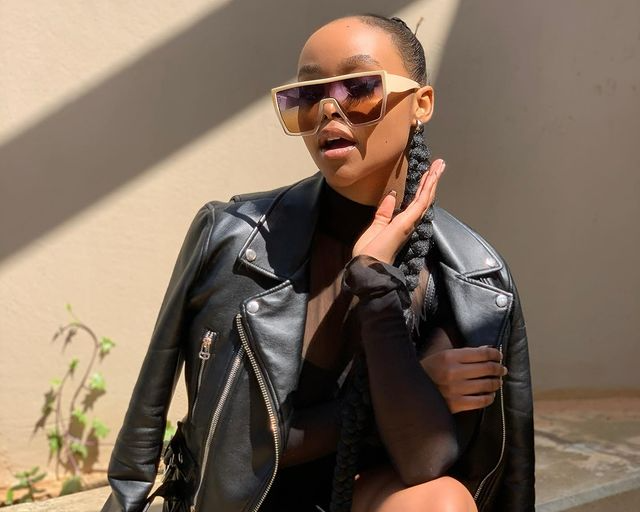 Nandi Khubone said it was hard to detach from her character because she wanted to shield her from things she did not deserve
Image: Instagram/ Nandi Khubone

Gomora actress Nandi Khubone has opened up about how her character on the telenovela has made her confront situations she would've otherwise avoided to deal with mentally.

Taking to Instagram the star said when she was a film student she was told it was to hard to get detached from a character and that she hadn't gone through it until recently.

Nandi plays the character of Sibongile, a feisty teen who had to deal with being uprooted from a life of privilege after she lost her mother.

“Removing myself from Sibongile's body was harder than it usually was for me, because of how much I would like to shield her from a world that didn't serve her.

“I had a few moments of breaking down in my green room due to the work I had prepared. Before the scenes started I had done my normal meditations but nothing could have prepared me for the moments in time when I was present,” she wrote.

Meanwhile, rising actress Vuyiseka Cawe has opened up about how her role as Nokuzola on Imbewu caused personal contention, revealing she is learning to separate the art from the artists.

Chatting to TshisaLIVE, Vuyiseka said she feels the issue begins when viewers of her work fail to tell the difference between her and her character’s actions.

“It was not even about criticisms because I think people are always scared to see reality and see a person portraying it. It is about us educating people that there’s a difference between Nokuzola and Vuyiseka. I think it is up to us as entertainers and actors to educate people. What you are seeing there is portraying another person's life, not my life,” Vuyiseka said.

Toss said his mental health comes first after he announced his hiatus from showbiz.
TshisaLIVE
2 weeks ago

In a post she described the heart-wrenching experience her character went through as "painful" and said it had left her speechless.
TshisaLIVE
7 months ago

"I know they are raising awareness but the act was too much. I couldn't watch anymore," said one 'Uzalo' fan.
TshisaLIVE
6 months ago