'He is unforgettable' — 'Gomora' star Siyabonga Zubane laid to rest 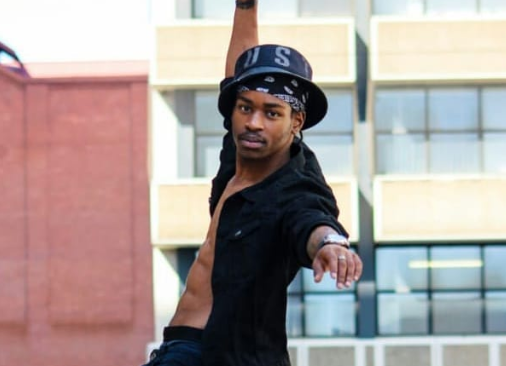 Family and close friends of the late Gomora actor Siyabonga Zubane, popularly known for his role on the telenovela as Sdumo, bid him farewell on Sunday at Klipfontein View Multipurpose Hall.

His obituary revealed the young actor took his own life.

He was described by industry colleagues as a respectful and talented young man who loved art and had a promising future. Similar sentiments and tributes were shared at his memorial that was held at Joburg Theatre on Thursday.

“Working with Siyabonga was commendable. We give young talent to shine and Siyabonga was one of them. It was difficult to write scripts for Siya because he would change everything for the better. He is unforgettable. To the family, thank you for allowing us to use him on our show,”  said director Thabang Moleya.

Ntandazo Ndeyi, who plays Stompie on Gomora, said he was deeply hurt by the actor's passing.

“I am really disappointed that I’ve lost my close friend on set. I am deeply hurt by his death. God knows what’s best. I will dearly miss you boy.”

Tributes on behalf of the crew at Seriti/ Gomora described the late actor as a hardworking individual who took his craft seriously.

“Siyabonga was a hard working guy. There was never a day that he would forget his lines or not pitch for work. He was a hard worker. We will dearly miss him on set,” said casting director Pretty Mkhwanazi.

“Siyabonga gave us a lot of names on set, he was super confident and he knew his role in the industry and we are super proud of him,” said  Kamo Phala, the assistant director on the show.

Siyabonga first foray into the entertainment industry was in 2017 with a stint on Mzansi Magic's Isibaya playing the role of Bhungezi.

The actor went on to play Sdumo, which became his last on-screen offering.

'When Siya is alone, he overthinks' : friends remember Siyabonga Zubane

"When you asked Siya what his problem is, he'd smile and ask you the same question. When it was time for him to speak, he'd dance," said his varsity ...
TshisaLIVE
3 months ago

We had big plans for him: Colleagues praise 'really gifted' Siyabonga Zubane

"To know Siyabonga was to love Siyabonga, he was just one of those people. Anyone who knew him, loved him."
TshisaLIVE
3 months ago

Siyabonga Zubane died on May 1, aged 23.
TshisaLIVE
3 months ago

“Who do we hand over the baton to when our children are dying like this?" - Connie Chiume.
TshisaLIVE
3 months ago