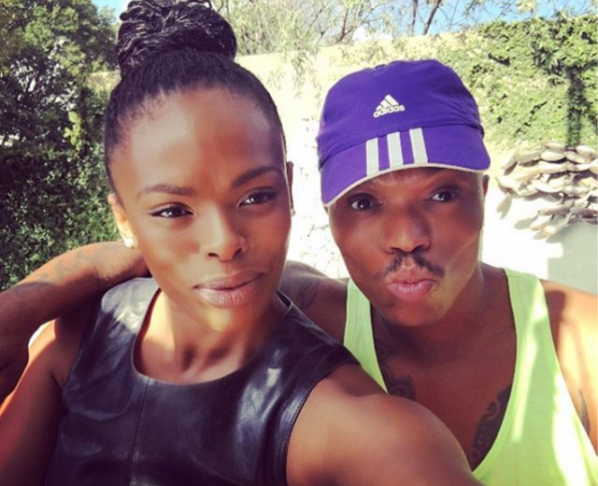 Media personality Somizi Mlhongo said he has no intention of reconciling with his former friend, singer Unathi Nkayi.

In October 2021, Unathi had expressed that she could not be affiliated with anyone who still listened to American singer R Kelly because he is a convicted sexual abuser.

When one of Unathi's followers questioned why she could still be friends with Somizi while he had abuse allegations against him, the former Metro FM presenter denied being friends with him.

In a recent episode of Living the Dream with Somizi, the reality TV star reacted to her comment.

“Honestly, I was shocked, I was disappointed but it is what it is. Sometimes when people show you who they are, you leave them,” he said.

“Someone that I thought we were OK with went public,

“The devil does not want to see me prosper. This day has been a day and a half,” he added.

Somizi has been answering fans' burning questions as he gets candid in season 3 of his reality show.

In the previous episode, Somizi dropped a bombshell when he revealed that his “bad sex life” with his estranged husband, Mohale Motaung, had affected their relationship.

"When you lose yourself in the chaos, introduce yourself to each colour of the sunset."
TshisaLIVE
1 month ago

Tweeps, fans and foes of reality TV star Somizi and Mohale made them trend as they discussed SomG's candidness and motives.
TshisaLIVE
1 month ago

"I was hurt in the beginning of their relationship because my father had kind of shut me out, he wasn't really explaining anything to me," said ...
TshisaLIVE
1 month ago

"I tried to find so many ways of making it work. The sex life was bad."
TshisaLIVE
1 month ago