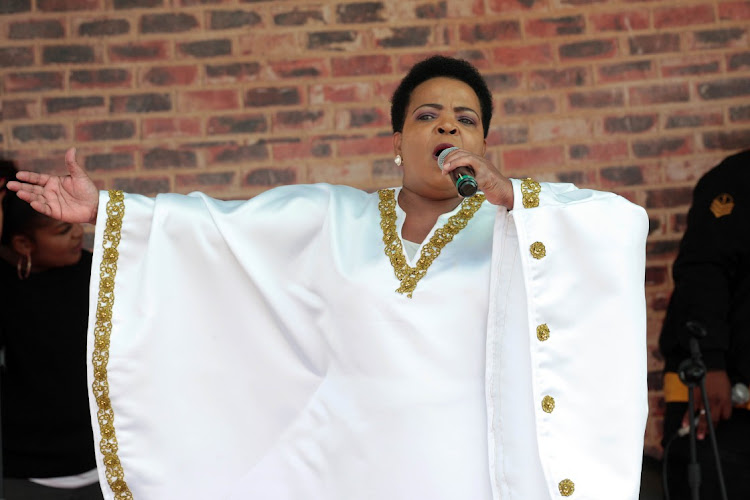 Rebecca Malope says her heart is with Deborah Fraser's children as they mourn the death of their mother.

Speaking to TshisaLIVE, Rebecca recalled her last conversation with the star weeks before her passing.

Rebecca said she was saddened to hear of Deborah's death, because she had plans to visit her.

“Myself and other gospel artists spoke last week Friday about wanting to go visit her. We found out that she's seriously sick. We wanted to go and just visit her, and just see her, check on how she's doing and find out how we can help, then I heard the news,” she said.

The singer's heart went out to Deborah's children, saying she felt their grief and hoped they would “fix their eyes on the Lord now” for comfort.

“I can imagine the children. Shame, I wish they can fix their eyes on the Lord. We can say what we say but God is the only shoulder to cry on for them. Then they can stand up and be strong because I'm sure their mother wants them to be strong and move on with life. It's not going to be easy, but in time they will be fine.”

The singer said she could relate to their pain, as her mother had succumbed to diabetes. She said witnessing her mother's struggles took a toll on her mental health.

“Diabetes is a disease that is very serious. My mother passed on. I know how much she suffered, it even took a toll on me as well. So I can only imagine what her children are going through now. I can imagine how they struggled to cope with her being sick because diabetes is quite a dangerous disease

Rebecca said she experienced a lot of pain when her own mother was hospitalised.

“I know, I've been there, I experienced it with my own mother. There were times when I used to be scared to visit my mom because of the condition I was going to find her in at the hospital, to a point where I also get scared. It's quite a serious disease.”

Deborah sang background vocals for the singer during her transition to gospel, before pursuing her solo career.

“When I started my career, she was part of it. She was part of the backing singers that would come into [the] studio and do backing vocals for my songs. She had a beautiful alto. Even though, we were not really friends. We worked for many years together. What I will remember most about her, is her good music, being a good singer and colleague.”

Deborah Fraser was willing to sing until her death.
TshisaLIVE
3 months ago

Five songs to take you on a trip down memory lane and remind you why we loved Deborah Fraser and her music.
TshisaLIVE
3 months ago

"She was gifted and she changed many lives in SA and abroad," said Luanda
TshisaLIVE
3 months ago