‘She was a mother figure to me’ — Nomcebo remembers Deborah Fraser 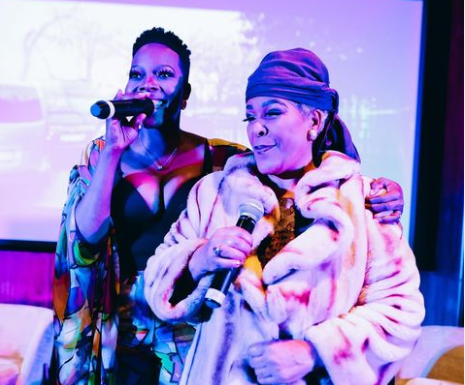 Singer Nomcebo Zikode credits the foundation of her career to the late Deborah Fraser.

Deborah died on May 15 at Chris Hani Baragwanath Hospital surrounded by loved ones.

For many years before pursuing her solo career, the Jerusalema hitmaker sang background vocals for Deborah and learned the ropes of the entertainment industry by bearing witness to the veteran gospel star's career.

"I was very young when I met her and had a great hunger to make positive strides in the music industry so she took me in as one of her session recording artists and on-stage backing vocalist," she told TshisaLIVE.

Nomcebo said "Mam'Deborah" was a mother figure who played a pivotal role in her personal life and career.

"She means the world to me because she helped me a lot with building the foundation that makes me who I am today, both as a woman and a musician.

"She was a mother figure to me, a person who in times of need and distress would leave whatever she was doing to lend a helping hand towards me. A person who always had some advice to offer with the aim of making me a better person.

"I learned what I think is everything a mother could teach to her daughter, the dynamics of being a woman, a mother, a musician, an entrepreneur and a leader."

Nomcebo said she would treasure the moments she spent with Deborah.

"The great lessons and memories she leaves behind with me and my family. The music we made and performed together. All the traveling and challenges t we have faced together and most importantly, the mother she was to myself and my husband, the role she played in our unity."

'When there is something bad happening God will sort that out for me."
TshisaLIVE
8 months ago

"I'm that woman, I keep telling myself the is so much more I can do."
TshisaLIVE
8 months ago