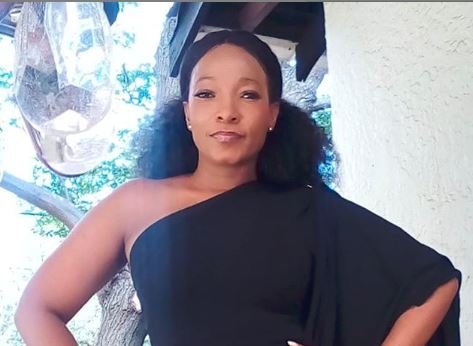 The mother of Somizi's child Bahumi Mhlongo, TV personality Palesa Madisakwane, says she did not know Somizi was gay when they were together and is hurt by his claims she knew.

In a recent episode of  Living The Dream With Somizi, Palesa opened up about their relationship in the 1990s.

The actress told a friend Somizi’s late mother Mary Twala and his sister told her to leave the baby with them and go on with her life.

When her friend asked if she suspected Somizi was gay, she answered: “Funny enough, he didn’t act gay, or seem flamboyant”

“What hurts me the most is when he does his interviews, or when I read somewhere, he would often say that I knew he is gay. That is false, how did I know such?”

She said she was by Somizi's side for his 21st birthday party.

Bahumi made her parents proud when she recently graduated from Afda.

“It was lovely, so special. I had already passed but seeing everybody there, I really felt the love. It felt like I had achieved a milestone, so it was great.” she told TshisaLIVE.

Somizi took to Instagram to gush over his daughter's achievement.

“There was a time I thought I’d never live to see this day. So proud of her, the first to ever graduate in our family. Congrats, baby girl.”

Bahumi Mhlongo is aiming for the stars after graduating and getting a new acting role.
TshisaLIVE
4 months ago

'There was a time I thought I'd never see this day': Somizi on Bahumi's graduation

Somizi is super-proud of his daughter, Bahumi
TshisaLIVE
4 months ago