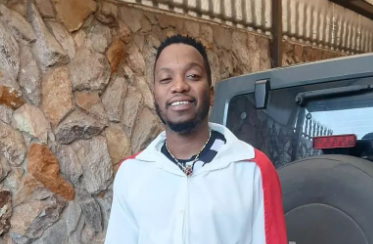 Zola Hashatsi has noted the recent sudden deaths of Johannesburg mayors, after the passing of former mayor Mpho Moerane on Wednesday evening.

Moerane died on Wednesday, a week after being in a horror car crash. He had been in the Netcare Milpark Hospital where he remained unconscious until his death.

Zola said he was saddened to hear of Moerane's passing and said “it's like there is a bad omen by being a mayor of JHB”.

“Sad to announce that our former Mayor of Johannesburg Comrade Mpho Moerane. He was involved in a car accident last week and has been in hospital unconscious and vital but stable from last week. It's like there is a bad omen by being a Mayor of JHB. This is the third layout we have lost.” he wrote.

Moerane stepped into the position after the city lost mayors Geoff Makhubo and Jolidee Matongo within months of each other.

Makhubo died from Covid-19 in July 2021, while Matongo died in a car accident in September of the same year.

Moerane was mayor until last year's local government elections, which saw the ANC lose the metro to the DA.

kykNET star Aleit Swanepoel 'passed away in his sleep'

Five songs to take you on a trip down memory lane and remind you why we loved Deborah Fraser and her music.
TshisaLIVE
1 month ago

'He is unforgettable' — 'Gomora' star Siyabonga Zubane laid to rest

"It was difficult to write scripts for Siya because he would change everything for the better. He is unforgettable," said director Thabang Moleya.
TshisaLIVE
1 month ago