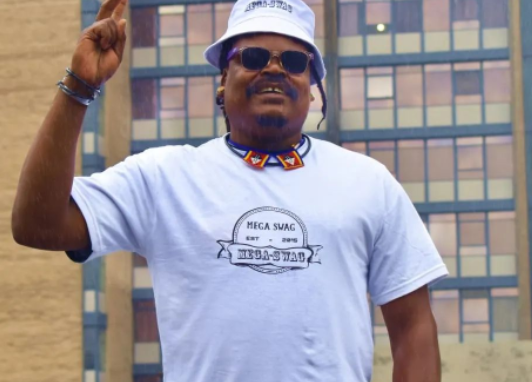 Controversial artist Lebani “Rasta” Sirenje is aiming to set a Guinness world record for his upcoming exhibition at Museum Africa in Newtown, Johannesburg.

The Zimbabwean-born artist is set to showcase 300 portraits at the museum from May 27 until December 2022.

Rasta is framing the artwork and doing the final touches before the showcase.

“It's going to be running for six months. I was called by the museum's management. They asked if ever I was interested to exhibit my work they would allow me. This was supposed to happen in 2020 but because of Covid-19 we postponed it to this year. It's going to be a good exhibition because it's well planned,

“The number of my paintings should be in the Guinness World Records because 300 portraits are a lot, so I'm trying that,” he told TshisaLIVE.

Searches in the Guinness Book of Records show no record for largest solo art exhibition.

According to the Guinness Book of Records, in 2016 a The Sonic the Hedgehog 25th Anniversary Collection at Castle Fine Art in London, UK, held the largest fine art exhibition dedicated to one video game character.  It featured 25 original, commissioned artworks.

The largest photo exhibition took place in Hong Kong, China, in 2010 and displayed 141,822 photographs taken by members of the public.

Rasta is promoting the exhibition with the hashtag “Fill Up Museum Africa”. He hopes that people will come in numbers because they will not only be entertained but learn a lot through his artwork.

“They will learn that art is something that is very powerful. I've seen children come in and out of the museum, so my painting as well will be a learning curve for them. They will recognise some of the faces there, from Chris Hani, Robert Mugabe.

“They will learn the history of politics, sports, and performing arts in SA. I tried to capture the most powerful ones during my time.”

The last time he had an exhibition was as a young artist in 2004 at the Johannesburg Art Gallery. Now, as he makes his comeback nearly two decades later, he plans on making it bigger and better.

Rasta is calling on some of the celebrities he painted to also bring their portraits to the museum and while he hopes to get sponsors, he says the families of the late legends could bring their paintings as well so they can profit from it.

“Every cent that we fundraise, we could even give to the family. If somebody buys the late Mandoza's portrait or Senzo Meyiwa etc. I planned that if I can sell them, I can give a certain percentage to the family.”

"My name just pops up after the show so I'm happy about that.”
TshisaLIVE
2 months ago

SNAPS | Rasta honours Zola 7 with painting: ‘We have faith in him’

"We have faith in him as his songs have been a pillar of strength and motivated us. I have cassettes of Zola from way back. He inspired me," said ...
TshisaLIVE
3 months ago

"I might find myself acting one day," says Rasta following his second commercial with Chicken Licken, where SA loved him.
TshisaLIVE
5 months ago