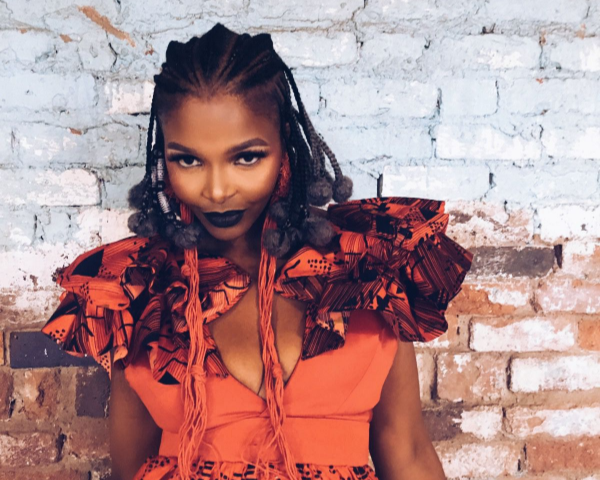 Simphiwe Dana says her show will be filled with songs that she does not usually perform.
Image: Supplied

To make it to 18 years in the music industry is no small feat, and musician Simphiwe Dana is aware of how blessed she is to wake up every day and do what she loves.

Eight albums later, the 42-year-old embraces her evolution as a musician, and said she is  calmer and wiser with experience.

"There are very few people who can say they live their dreams. It is all the ups and downs of my career, the fact that I give with a beautiful heart every day because I love what I do, it is a huge plus for me. That I can live off it is very rare," she told TshisaLIVE.

She described her upcoming show Isipaji Sika Simphiwe Dana, presented by the State Theatre on May 28 and 29, as a repertoire into her music.

"I'm one of a handful of artists who really put in the work when it comes to my albums, to the point where a lot of my songs fall in between the cut because there is so much good music. Some of the songs I never even get to perform.

"The idea is to explore the songs I don't perform all the time. I'm not going to sing the songs that are known, but introduce audiences to the music they hardly ever hear."

This show is on the heels of Umoya held at Joburg Theatre in partnership with dancer and choreographer Gregory Maqoma and the Vuyani Dance Theatre.

"Moya was very much themed around grief, loss, hope. So Ispaji is only themed around  how much do you know of Simphiwe's music? What does she have in her bag of music? It's not themed around certain emotions.

"When it comes to emotion, it will rouse the full spectrum of emotion, unlike Umoya which was very specific."

It's almost 20 years in showbiz and Simphiwe said living her calling does not tire her.

What is in the Afro-soul star's music creation process?

"I'm a very keen observer of human beings, of society and that is what informs the things I write about . I'm an observer of the human condition, and I have the privilege to sit there and people watch in a way. Therefore, when I start to write, I'm speaking to all of this observation: what is needed right now, what is urgent from my observation.

"I don't have a formula. I don't set out that this album should be about this. It's usually at the end of writing where I actually go back and go, what is this album about? What are you trying to say?"

She is cognisant of the healing aspect of her music, and said it heals her too.

"There's a saying 'who heals the healer?' because healers can't heal themselves, but it does give perspective. At the end of it all, I go back and look at it. It is meant to be a kind of therapy for myself when I write. It usually ends up being about others and not me."

Ntsiki Mazwai has called for a female president, and thinks Lindiwe Sisulu may be the "the one".
TshisaLIVE
5 months ago

Simphiwe Dana feeling lost after mom's death: 'I don’t know what to do'

The musician recently lost her mother and shared her heartbreak and uncertainty with fans.
TshisaLIVE
10 months ago

OPINION | It's fine to disagree with Simphiwe Dana, but didn’t we just talk about bullying?

The internet has bred this culture of normalising attacking people for their opinions.
TshisaLIVE
1 year ago