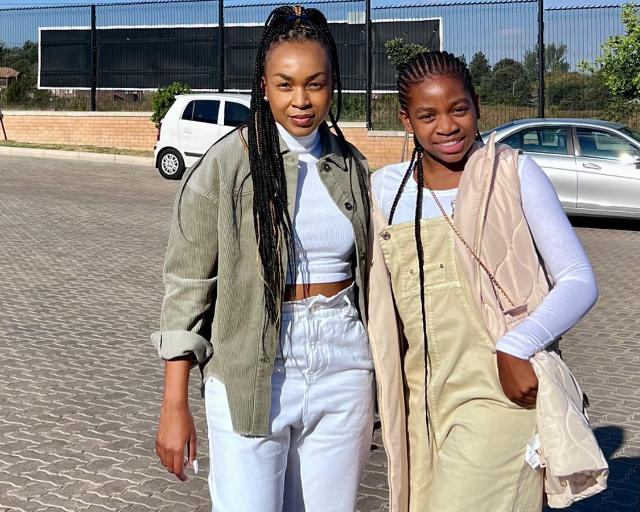 It has been eight years since Pirates goalkeeper and Bafana Bafana captain Senzo Meyiwa was buried.

His daughter with wife Mandisa Mkhize is the spitting image of her dad and she is totes cute.

On the third anniversary of the soccer's star's death Mandisa took to social media and shared touching pictures of their daughter dropping off a card and blowing kisses to her dad.

"As she wished her dad a belated Father's Day she wanted to drop off her card and her sister's card and tell him she misses him. Sad but I know he will never be forgotten by his daughters, family and the nation," said Mandisa.

The goalkeeper was gunned down in October 2014 in what was described as a botched robbery in Vosloorus, east of Johannesburg, in the presence of Kelly Khumalo, her mother Ntombi, sister Zandi, Meyiwa’s friends Mthokozisi Twala and Tumelo Madlala, and Zandi’s boyfriend Longwe Twala.

Meyiwa’s sister Nomalanga told TimesLIVE: “The only thing we want now is to have closure as a family and close this chapter for Senzo. We just want to live our lives freely now."

In the Netflix documentary about the murder, which has heightened South Africans’ interest in the trial, Meyiwa’s sister said: “There is a lot of information that was revealed in the documentary we also didn’t know about.

“We are hoping that as the trial continues we will find out what exactly happened because it [the documentary] has given us a lot to think about.”

“We all know it’s been eight years, South Africans want answers," says Magdalene Moonsamy, an attorney on watching brief for Kelly Khumalo at the ...
News
2 months ago

"What you say about me is a reflection of what you feel about yourself, because if you loved yourself and respected yourself, you would watch what ...
Lifestyle
2 months ago