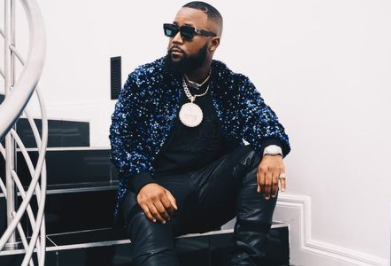 Rapper and businessman Cassper Nyovest is living large and says he has God to thank for his lifestyle. Maybe that's why he is obsessed with the colour white.

Cass recently shared a clip of his home and impressive car collection, giving his followers a peek into his wealthy lifestyle.

His latest car, a McLaren, cost more than R3m.

The one thing that many noticed in the video is that the house and cars are all white,

Cassper shut down the internet when he posted a video of himself riding off in the fancy ride.

Music exec Nota Baloyi suggested Cassper did not buy the pricey whip, labelling him “an unpaid car influencer” and claiming it was an ambassadorship.

The rumour spread on social media, and Cassper stepped in to laugh off the claims.

“Rumour also has it that I'm broke, I'm falling off, I don't own my house which I keep breaking and extending. I keep reading sh**t I didn't even know about myself. If anything, this shows me how unheard of and unbelievable what I'm doing is. They think it's impossible! Crazy.”

Speaking to TshisaLIVE in 2018 Cassper confirmed he bought a mansion, saying that it “hadn't sunk in yet”.

He added that his new house had many rooms and a state-of-the-art studio.

“We got a new spot. It has so many rooms. I have place for everyone. I still haven’t digested it [having a new place]. We also have a new studio at the new place and an entertainment area. I have been wanting to build it for some time and I finally have it now. A lot of good music is going to be coming from it,” he said.

WATCH | Cassper Nyovest: My life changed when I started asking 'Why not me?'

"Everything changed for me when I changed the question from 'why me, to why not me?'" said the rapper.
TshisaLIVE
2 months ago

"I had no plan whatsoever. I am so grateful to be here. Thank you Jesus."
TshisaLIVE
3 months ago

"My life was never easy," Cassper captioned the flex snap.
TshisaLIVE
6 months ago

"Cape Town has been lit. May the rest of 2022 keep the same energy."
TshisaLIVE
7 months ago