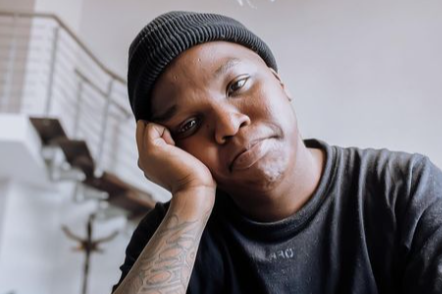 Musician Dlala Thukzin has shared his side of the story in an attempt to set the record straight after he was accused of dating multiple women.

He took to Facebook on Thursday to give his version of events and explanation for some of the “evidence” against him by a controversial Twitter user.

The tweep shared pictures of different women posing in Thukzin's house and a video from Instagram live of an unidentified social media user alleging the producer and DJ had romantic links with multiple women in Durban.

The musician did not deny having been involved with some of the women, but said the images were old and he had since changed his ways to protect his brand.

“I have been made aware of the recent accusations made against me on Instagram pertaining [to] excessive sexual conduct with multiple women. Evidence shows various girls taking pictures in my apartment and some with my clothing gear.

“I do not dispute that, because some those pictures are real, but most of them are fabricated. However, I’d like to first affirm that some of those pictures were taken more than two years ago and I have since grown to make wiser social conduct decisions.”

Thukzin apologised to those offended by the reveal, but assured his fans he had consensual relationships with the women he was involved in.

“I respect my brand as well the Dlala Thukzin family to an extent that I would not in any way do anything to make any of you question my motives...”

"Don't try to polish the wrong that you did." - Rebecca on Bucy Radebe and her husband's public apology.
TshisaLIVE
3 months ago

Lovers Nadia Nakai and AKA slam break-up and 'fight' reports

"There was not physical nor verbal altercation between us. We are fine and there's no drama between us."
TshisaLIVE
3 months ago

Jub Jub apologised to Amanda Du-Pont for ‘raping’ her — reports

"I asked him why he raped me and all he could say was that he was sorry,” reads Amanda Du-Pont's criminal case statement.
TshisaLIVE
5 months ago

Somizi opens up about why he chose to stay silent amid abuse allegations.
TshisaLIVE
5 months ago