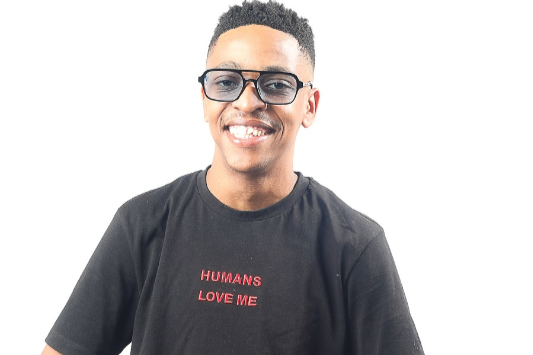 DJ Shizo is ready to shake things up in the amapiano genre
Image: Supplied

Dilo Di Chenchitse is a phrase people use when they've moved a level up in life and is also a phrase that inspired DJ Shizo's new single.

The DJ, real name Andrew Dimakatso Majabe was a little shy to open up to TshisaLIVE about his life. He said he is in a space where he is very grateful for the recognition he is receiving for his music.

"I'm grateful for where I'm from and the love from people has been great. It is something else. I'm from Mabopane, Pretoria. I'm just a humble guy and a God-fearing person so this has been a humbling experience"

It was not until his single Gugu turned gold that he believed he could do this for the long term. He described a moment that led to the creation of the song.

"We were tired and glued to our phones and then everybody started saying Ke Lapile, and we were all playing that video Ke Lapile so Mochen came up with all the lyrics and stuff.

"That song motivates you because Dilo di Chenchitse means things have changed. It is not about money, it is not about turning up. Its like (at work) they promoted you."

He is also a producer and  promoter who has been at it since he was young, idolising Grammy award-winner DJ Black Coffee.

"This things started when I was 10. I used to watch Black Coffee's videos and he is still inspiring me. The production part started two years ago. My first single was Gugu. That's when I realised I must just focus on this because Gugu was one of my biggest songs, it even reached gold ."

He founded his own Entertainment company, GaboShizO, which has been hosting events.

"I'm working towards an EP. I don't have the release dates. I want an EP that will  make an impact not only  at home, but everywhere. I want a kasi feel to it. I think I'm ready and my music is ready for the world."

“Love has done a lot of things in my music career. Where I am is because of love. The love I received from people.”
TshisaLIVE
3 months ago

"I didn't think things would happen so fast that I went international with just one song."
TshisaLIVE
2 months ago

Mobi Dixon releases what he calls his best work yet

"I basically wanted to take people back down memory lane, when house was the only thing that mattered," says DJ Mobi Dixon
TshisaLIVE
7 months ago

Get to know the man behind some of your favourite chart topping tunes and his career success.
TshisaLIVE
3 months ago