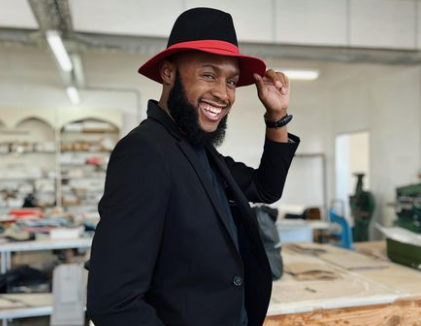 Some tweeps are saying certain things Somizi keeps saying about his estranged husband Mohale Motaung on his reality TV show are getting a bit much for them.

Not much was public knowledge when the couple split and Somizi chose to keep his silence. However, it seems SomG saved all the tea for his show with his often offensive comments about Mohale.

There was a time were Somizi couldn't keep quite about Mohale and he was smitten over his hubby. Now that things have gone left, the star has been telling his story, including his divorce, in his reality show Living The Dream With Somizi on Showmax, and some of his comments have left a bitter taste in the mouths of some tweeps.

“Somizi keeps taking jabs at how broke Mohale was, but how much money was he expecting a 26-year-old to have? Was he not aware when he chose him?” said one tweep.

Somizi keeps taking jabs at how broke Mohale was but how much money was he expecting a 26 year old to have? Was he not aware when he chose him?!

The first episode kicked off with the media personality opening  up about the recording that showed the last crack in his failed marriage when Mohale talked about their sex life.

“I was dealing with someone who had issues with sex. I tried to find so many ways of making it work. The sex life was bad. I still state I said to him: 'Let's find other ways. Either you go for sex therapy. He did not want to go because he was in denial that our sex wasn't good.”

In the next episode, he revealed Mohale wanted half of what is his in their divorce and asked Shauwn “Mamkhize” Mkhize to organise a divorce lawyer for him.

The couple's relationship continues to make headlines after confirming last year they were filing for divorce, amid abuse allegations.

The star revealed their marriage was unregistered with the department of home affairs, saying, in hindsight, this was a “look at God” moment for him.

See some of the reactions below :

Living The Dream With @somizi makes me cringe every time they mention Mohale. @somizi sounds like a bitter ex and his friends are just bullies who look down on others. Mohale is still young, he’ll make money, they’re acting like they’ve never been broke mxm.

Not Somizi taking jabs at Mohale acting like he's ALWAYS been rich... uSomizi uphuma eMapetla he was never as klean as Mohale in his early 20's...sies maan!

Somizi thought he found someone to control with materials things and money, he's still in disbelief that Mohale left 😂😂😂 mojolo wa nyesa even if you survived apartheid shem

"Sometimes when people show you who they are, you leave them."
TshisaLIVE
3 months ago

Tweeps caught an "L" again for sharing false reports about a media personality.
TshisaLIVE
3 months ago

"He is going to be OK. Mohale just needs to keep working with a therapist and focus on his healing," said one tweep.
TshisaLIVE
3 months ago