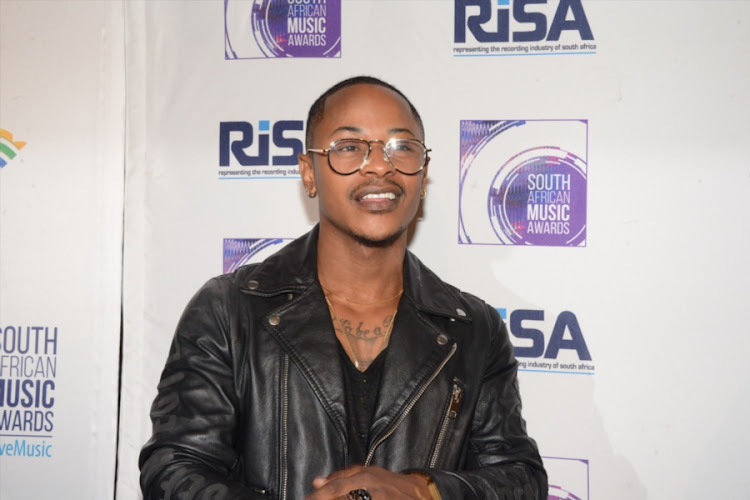 Rapper Priddy Ugly is always on the receiving end of bad vibes on Twitter but this time tweeps were having none of that.

They have rallied behind him after a popular blogger labelled him a struggling rapper.

This time tweeps have had enough and have stuck with the rapper and this shot his name through the Twitter trends list in Mzansi.

“One thing Priddy Ugly I'll always applaud him for, is the way he treats her Queen Bontle. No-one talks about that, but he were to start abusing her, y'all would be on the Twitter street tweeting, Men Are Trash,” wrote one tweep.

Many tweeps applauded the rapper for the love he has for his family and sang the rapper's praises, saying no-one compares to Priddy.

“Struggling? who? Not Priddy ugly, try harder Yes he is underrated but u need to understand him to be in his vocal calibre He is a lone wolf that's why he don't got exposure unlike most SA Rappers. Just put some respect on his name OK,” tweeted another.

Though he faces some heat from social media Priddy hardly claps back.

Taking to Instagram in March this year, he wrote about the importance of support in a society full of pressures.

“You need to give yourself time to heal ... even with the scars that remain, may they be reminders of where we come from ... may they remind you that you are strong. Life puts pressure, social media puts pressure, don't find yourself not worthy of living ... find the light within you and spread that light. Pick yourself up, grab a helping hand. You are loved and you are worthy of life. Hang in there.” he said.

If anyone knows just how talented Priddy Ugly is it's his wife Bontle Modiselle. The mother of one expressed her belief that people were sleeping when it came to realising how magnificent her hubby was as a rapper.

“I actually can’t believe how underrated, undervalued and overlooked my husband is. In RAPS? Are you kidding me?” she tweeted.

Nah. This is wrong. Bontle and Priddy ugly don’t even bother anyone. https://t.co/6ADHdWt18K

The So Called "Struggling rapper" by the name of Priddy Ugly will serve you good music galore 💪🏾 pic.twitter.com/40WZVj7sea

Priddy Ugly doesn't bother anyone. Not even in his industry but he is disrespected so much. I hate that

Just put some respect on his name okay

Where do people get the idea that Priddy Ugly is struggling? I mean even if he was, is it something to bully him about?

Priddy Ugly hated & disrespected on these streets only because he's not typical. A respectful young black man who loves his wife and is a present father. He's also not lacking in the bars department. A dope rapper. Good looking too. https://t.co/6ME7Z8HDQG

Bontle Modiselle: ‘I’ve been putting in the work, and now we’re international’

Bontle says she's ready to go international through dance and wants to finally launch her musical career.
TshisaLIVE
4 months ago

"The pain that you're feeling right now is temporary, it's not going to last forever."
TshisaLIVE
4 months ago

Bontle Moloi continues to defend her bae Priddy Ugly: ‘He’s whack? On the basis of what?’

Priddy Ugly's No 1 cheerleader is always ready to defend his honour.
TshisaLIVE
1 year ago

"... Don’t let basic thinking have you assume it’s because of any obligation. He’s f**king dope," Bontle said.
TshisaLIVE
1 year ago