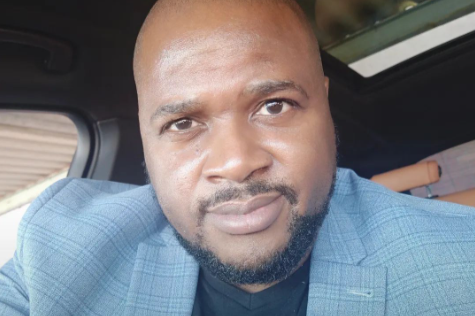 Skeem Saam actor and Thobela FM presenter Sebasa Mohale is prepared to take legal action against people opening cases of fraud against him.

This follows after reports revealed people had been claiming the actor owes them hefty amounts due to their alleged investments in Bitcoin.

“Police are investigating five cases with an amount of more than R800,000. The investigations, which must also include any transactions that might have been made, are proceeding. Once completed, the cases will be taken to the senior public prosecutor for further instructions or a decision,” he said.

TshisaLIVE attempted to get comment from Sebasa, who preferred to have his legal representative Lesedi Mphahlele of Fairbridges Wertheim Becker Attorneys speak on his behalf.

“At this stage, his reputation is being damaged due to the false allegations and he reserves his right to take legal action for defamation against all parties participating in injuring his reputation.”

“I think it's a matter of people not understanding how the business operate. This is Bitcoin. All Sebasa was doing was marketing. We challenge everyone to show proof of payment showing money going into his private account or business accounts,” he said.

Mphahlele said he was certain his client would not be charged because there was no evidence to corroborate the claims.

“It is true that a few cases have been opened in Polokwane against him, but his standpoint is that there is no basis upon which he can be charged. Evidence will not be found because Sebasa never committed fraud. The bottom line is he did not receive any money from anybody.”

The allegations against the actor first came to light in early May after the SABC confirmed that Sebasa was pulled off his Thobela FM afternoon drive show, Ntshirogelo.

Sebasa released a statement on his Instagram timeline and denied the fraud claims.

“I am a drive time radio show host, actor, MC and businessman who recently became a network marketer (with regards to the cryptocurrency business), having been introduced by others.

“I never imposed or coerced anyone to sign up. In fact, I would encourage everyone to do their own research, especially because I know that not everyone is familiar with the cryptocurrency industry,” read the statement.

The man who opened a fraud case that led to the arrest of gospel musician Dr Tumi says he did not know that the singer was involved in the matter.
TshisaLIVE
1 year ago

"This morning we are vindicated, justice has been served, we have no case to answer to," said a grateful Dr Tumi.
TshisaLIVE
10 months ago

"The police said I should not comment on the matter. I have a letter of demand for defrauding me," she said.
TshisaLIVE
2 years ago