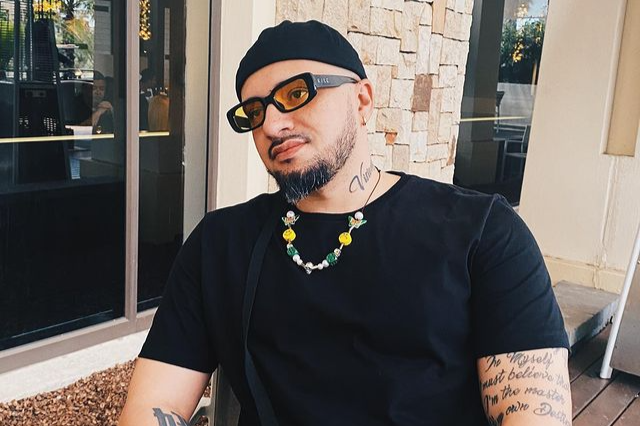 Shishiliza has taken his Twitter followers to a moment in time when Riky Rick was alive, revealing his work ethic
Image: Instagram/ Bash

It is hard for those who were close to late rapper Riky Rick to forget him and Shishiliza, real name Bash Vision, is among those who have shared their memories.

Shishiliza, who is also knows in the streets as Boity Thulo's manager, took to his Twitter timeline on Monday to reveal the late rapper's work ethic and how he would be up in the mornings and low-key shade him for sleeping.

“Dawg Riky could call you at 3.40am and sound so disappointed that you’re sleeping. 'Aah boy, you’re sleeping? You not serious.' You’ll even start lying. 'Na man I’m watching Netflix',” he tweeted.

In a bittersweet moment their song Sondela was certified gold in March, just weeks after the rapper's untimely passing.

Dawg Riky could call you at 3:40am and sound so disappointed that you’re sleeping 😭 “Aaah boy you’re sleeping?? You not serious” 😂😂 You’ll even start lying.. Na man i’m watching Netflix 😅

The single by Venom and Shishiliza featuring Yumbs, Raspy, Blxckie, Riky Rick and Tshego was certified gold three weeks after its release.

Shishilizasaid they had been working on the song since June 2021 and have more great music with Venom set to be released.

“Been working on Sondela since June last year. It’s not by accident, it’s not by luck. Respect the art,” he wrote in a tweet.

Bianca Naidoo has also made sure the memory of her husband lives on. She inked her arm with her late forever love's face.

Its been three months since the rapper died and she commemorated Riky with a tattoo.

YoungstaCPT took to Twitter in April this year and shared how he honoured Riky Rick with his new song Dear Rikhado, Love Riyadh

He said he was unable to speak because theirs was a beyond music connection.

“During Ramadan I’ve had a lot of time to process my feelings and pray on it. I never spoke much about Riky's passing because we had more personal moments than musical moments, so I decided my way to honour him would be through music,” he tweeted.

"He selflessly dedicated a lot of his time, his energy and his focus to helping develop and mentor youth."
TshisaLIVE
4 weeks ago

Bianca has inked her forever love on her arm.
TshisaLIVE
1 month ago

Black Coffee and Youngsta CPT remembered Riky Rick, the rapper who coined the phrase "We don't die, we multiply."
TshisaLIVE
1 month ago

"I never spoke much about Riky's passing because we had more personal moments than musical moments so I decided that my way to honour him would be ...
TshisaLIVE
2 months ago