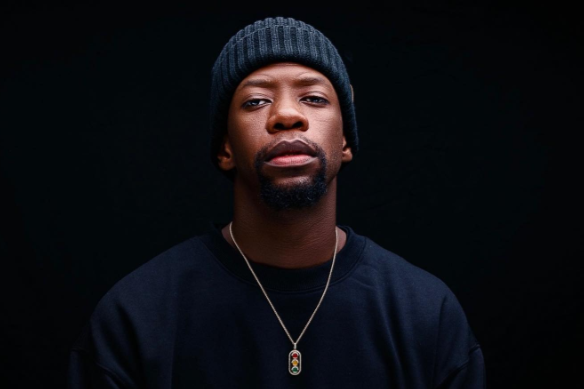 The challenge sees social media users dance in a robotic motion, bopping their necks to the jam dubbed the "month-end anthem".

Somizi Mhlongo, Bontle Modiselle, Owamie Mafokate are among the celebrities who joined the challenge, taking to TikTok and Instagram to share their videos.

Robot Boii is the son to veteran poet Mzwakhe Mbuli and is known as an artist of many talents.

The media personality and musician is circulating music charts with his Salary Salary single while juggling mainstream gigs. He is soon expected to grace the screens again as the host of Amapiano's Next Superstar show alongside Bontle Smith.

Speaking to Sowetan about his success, Robot Boii said people might know him as a jack of all trades, but would be shocked to find he also is a ghostwriter for artists.

"[I think] everybody already knows my top eight talents, which are being a voice-over artist, rapper, actor, dancer, comedian, drummer, MC, television host, editor and photographer. I have many talents. It’s like you can press a button and I know how to do things, hence Robot Boii. My secret talent eople don’t know about is ghostwriting for artists."

"I knew I’d always be successful in the music industry however I never thought it would come so soon."
TshisaLIVE
2 months ago

"I am sorry for allowing myself to be swept by the exciting wave of the 'Tempela Dance' at work."
TshisaLIVE
6 months ago

As social media weighed in on Dineo's suspension, 947 shared a video of Thando and her colleagues taking part in the viral challenge.
TshisaLIVE
6 months ago

WATCH | DJ Maphorisa is a mood in this #TriggerDanceChallenge

The #triggerdancechallenge is gaining momentum in Mzansi
TshisaLIVE
7 months ago