Trevor Noah reveals he's on the fence about having kids 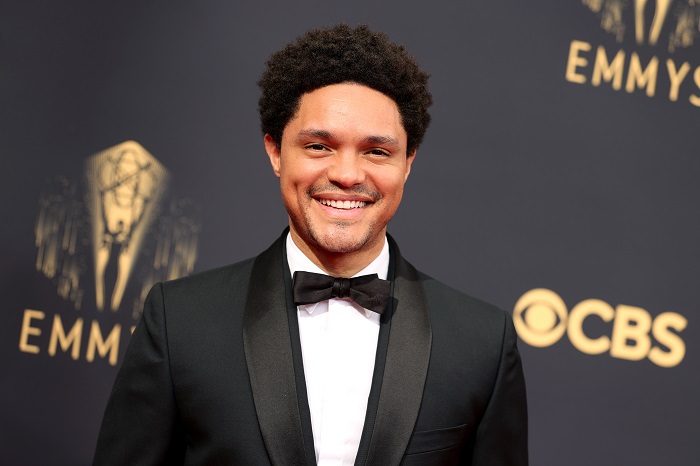 The Daily Show host Trevor Noah is never one to enjoy the spotlight on his love life and in an interview on 60 Minutes the star replied by saying “maybe” when asked about having a girlfriend before bursting into laughter.

The comedian was a guest on the CBS show and the clip was uploaded on Sunday on YouTube where he was interviewed by Lesley Stahl.

The comedian was then asked about his love life in front of his two friends David Kibuuka and Ryan Harduth. David — who also works on The Daily Show said Trevor was a “great boyfriend” to his girlfriend.

Trevor also revealed he was on the fence about having children.

“Sometimes I will meet kids who make me go, ‘I want a kid’. And then sometimes I’ll meet children where I go, ‘I hope that my sperm doesn’t do anything because this person is a terror’.”

It was recently reported that the SA-born comedian is single after breaking up with his long-time girlfriend, actress Minka Kelly.

This according to a source who exclusively told E! News that it is “100% over” between the two stars after dating for two years.

The couple, who reportedly separated and got back together again, have been “broken up for a while” because they weren't on the same page.

Trevor spoke about marriage and cohabiting in 2019, telling The Howard Stern Show  he is a big advocate of not living together, even if you are married.

“I'm a big advocate for not living together ever, even if you're in a marriage ... I think one of the biggest reasons people get divorced and relationships break up is caused by this cohabiting bull**** that people believe is the way relationships are supposed to be.”

He added he doesn't believe in openly displaying his bae and prefers to keep his love life private.

Trevor Noah back on the market after Minka Kelly break up

It's "100% over" between Trevor Noah and Minka Kelly, according to reports.
TshisaLIVE
2 months ago

Trevor Noah’s Daily Show is nominated again for Sunday night’s MTV Movie & TV Awards and Doja Cat, who is half South African, leads the pack in ...
TshisaLIVE
2 months ago

"Geneva, thank for your fine taste in watch making and your gorgeous lake. Truly one of the most peaceful cities I’ve been to in the world.."
TshisaLIVE
2 months ago