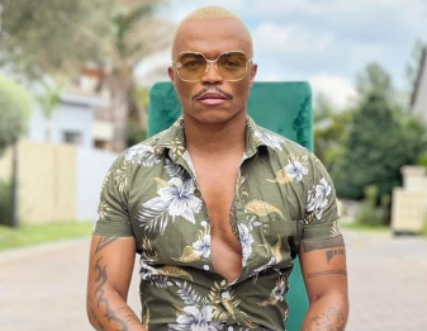 Idols SA judge and media personality Somizi Mhlongo has shared his thoughts on Beyoncé's latest drop, saying he is not really feeling it.

Beyoncé released her single Break My Soul on Monday and the streets have been trying to cope ever since.

Taking to his Instagram timeline, Somizi shared his opinion about the song. He said he listened to the track twice with an artistic ear but wasn't blown away.

“Then Beyoncé came and I was like no, this is not it. I wasn't feeling it, but I gave it another chance and played it for the second time. It felt different and again what I picked up from this song was that it is really not much of a great song, because for me, a hit most of the time catches you immediately, but sometimes other hits grow on you.

He said this was uncharted territory for him and Bey.

“I was like I've been here with Beyoncé where she releases a song and I don't like it, but I know where her power and strength is. Beyoncé is not the type of vocalist that would catch you based on her vocals. If Beyoncé was not a visual artist I don't think she would be as successful as she is.”

"I could literally drink my friends."
TshisaLIVE
3 weeks ago

'I’m forever thankful for my team,' Somizi thanks his team for the love

"You guys are also full of love and heart I really enjoyed this season ... thanks for the flowers and the hospitality from day one," he wrote
TshisaLIVE
1 month ago

"Please note most of these clips are edited out because of time. So please do not misinterpret or misunderstand the conversation," said Palesa.
TshisaLIVE
1 month ago

Every kid deserves a Sompire Kids gear in their wardrobe, and every parent should afford it. That's my goal," said Somizi.
TshisaLIVE
1 month ago