‘To those who are defending me, please rest now’ — DJ Zinhle is over trending on Twitter 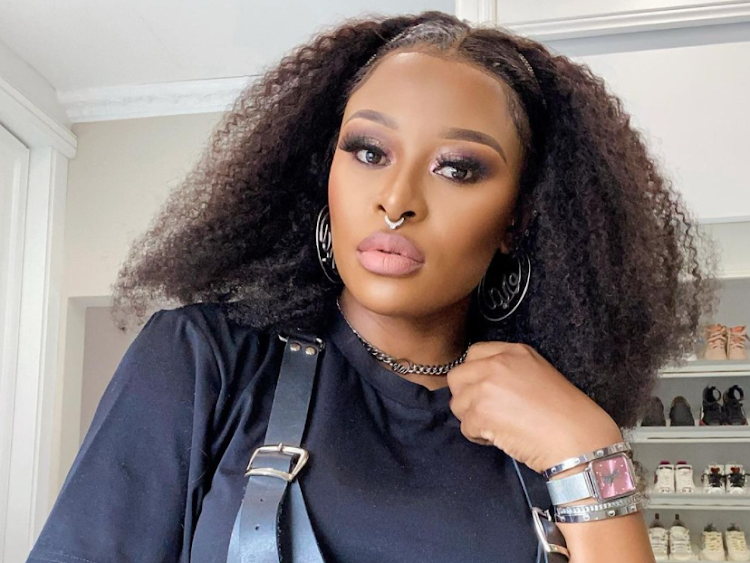 DJ Zinhle has been trended for three days on Twitter, but has told her followers to stop defending her from trolls.

Zinhle had the streets in meltdown mode recently after she sent a Father's Day message to her baby daddy and ex-boyfriend, rapper AKA. While some defended her, others questioned why she was posting AKA while in a relationship with Murdah Bongz.

Taking to Twitter on Monday, the businesswoman and mother of two said there was no point in engaging with trolls.

"To those who are defending me, please rest now. It’s really okay. Whatever happens I’ll still have two baby daddies, so basically there’s no point," she tweeted.

To those who are defending me, please REST now!!!

Whatever happens I’ll still have two baby daddies, so basically there’s no point!

In her mentions tweeps were still wilding.

"Ya, so stop tweeting about it unless you still want us to talk about it again for more than three days," said one tweep.

DJ Zinhle had a classic clap back ready for the tweep

"No, actually I’ll do whatever I like. It’s your choice to talk about me, boo. I actually don’t care. Do you? Talk about me for another week. The question is, who’s talking about you?" she replied.

In a separate tweet the DJ gave tweeps a piece of her mind: "Three days of y’all discussing my life. Ay ni-dedicated. Add dedication to your CVs."

"May you remember your own advice when you face the same difficulties/situation that you judge others on," DJ Zinhle responded.
TshisaLIVE
2 weeks ago

"It’s your birthday, but I’m the one who’s celebrating the most."
TshisaLIVE
3 weeks ago

"Love you baby"
TshisaLIVE
2 months ago