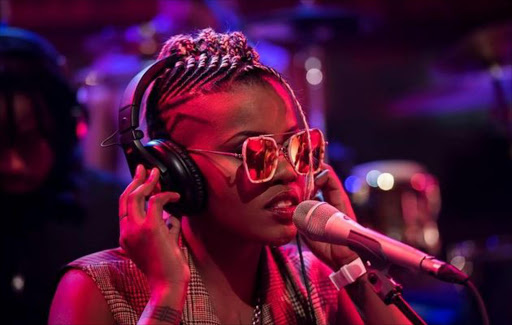 Toya Delazy has sent well wishes to Afghans after their country was hit with an earthquake
Image: Supplied

Musician Toya Delazy has extended her well wishes to Afghans after two of the country's provinces were hit by an earthquake.

According to reports from Reuters the death toll in Afghanistan has now reached 1,000 and is expected to rise as rescue efforts continue.

Taking to Twitter on Thursday, the musician and mother of one said she wasn't expecting the earthquake to have such a deadly outcome.

“The earthquake in Afghanistan is historically the lowest possible strength ever recorded to yield so many deaths. Speedy recovery humans,” she tweeted.

Afghan cricketer and former captain of the national team Rashid Khan tweeted that he would assist with relief efforts.

The earthquake in afganistan is historically the lowest possible strength ever recorded to yield so many deaths.

“Thoughts and prayers with the people and families affected by the recent earthquake in Paktika and Khost provinces. Will provide our support at earliest and also initiate a fundraising campaign shortly,” he tweeted

Rashid has been tweeting a blow-by-blow account of the extent of damage the earthquake has brought and urged people to donate.

“This little angel is the only remaining alive member of her family, locals couldn’t find any other member of her family. There r many houses levelled to the ground due to landslide & people remained stuck under rubble and in outlying areas, he tweeted.

The earthquake recorded a magnitude of 6.1 on the Richter scale.

“Strong and long jolts,” a resident of the Afghan capital, Kabul, posted on a the website of the European Mediterranean Seismological Centre (EMSC).

“It was strong,” said a resident of the northwestern Pakistani city of Peshawar.

Shaking was felt by about 119 million people in Pakistan, Afghanistan and India, the EMSC said on Twitter.

Thoughts and prayers with the people and families affected by the recent earthquake in Paktika and Khost provinces.
Will provide our support at earliest and also initiate a fundraising campaign shortly.

Toya Delazy is excited to welcome the newest member to her family,
TshisaLIVE
1 month ago

‘I’m going to be a mommy’ — Toya Delazy announces pregnancy

"I couldn't have chosen a better soul to build umuzi kamama. Here's to the part called Motherhood. Livumile," Toya said to her wife Ally.
TshisaLIVE
4 months ago

Toya Delazy claims the SAHHA were homophobic towards her in 2013, but the organiser says that wasn't the case and she is "chasing clout"
TshisaLIVE
8 months ago

The star has aired her views on leadership.
TshisaLIVE
10 months ago