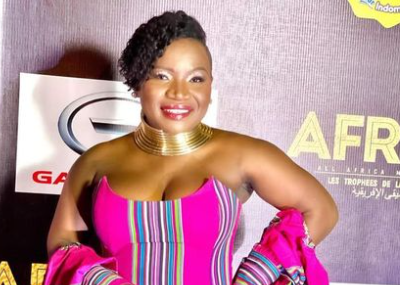 Here's what you need to know about why Makhadzi is being accused of "stealing" a song from a Malawian artist.
Image: Instagram/ Makhadzi

Limpopo-born star Makhadzi has been accused of “stealing” a Maliwan artists song.

This after a local Twitter user took to his timeline claiming that the multi-platinum-selling artist had replicated Scrafoc’s Ma Gear.

Scrafoc’s single, that sits at 22,897 views at the publishing of this article, was released in June 2021, while in Makhadzi her single Tshintsha Magiya is yet to be released on June 24.

TshisaLIVE reached out to Makhadzi for comment but was unsuccessful at the time of publishing this article. An update will be included once received.

Makhadzi's song has been a huge hit on Tik Tok having over 12 thousand uploads under the hashtags #MAGIYA #MAGEAR.

Her fans poured water on the accusations saying that though both artists were singing about 'changing gears,' the songs did not sound alike.

These songs aren't even similar..it's like when Faith Evans say "I love you" and Mary J Blige sings "I love you".. Different time and all. Scrafoc can go Scrafoc far away and leave our Khadzi alone!

They don’t sound alike to me.

Makhadzi has been raking in the numbers.

In early June, received 13 plaques for the success of her music.

She took to social media expressing how she was overjoyed by the win.

“13 PLAQUES. I am in tears right now. All thanks to my fans for always making sure everything I touch turns to platinum,”  she wrote.

A dream come true! Makhadzi gears up for her first world tour

"This is not just a tour but a dream come true. Performing outside of my comfort zone means a lot"
TshisaLIVE
1 month ago

'Everything I touch turns to platinum' — Makhadzi receives 13 plaques

Makhadzi gets emotional over the success of her music.
TshisaLIVE
1 month ago

"I knew I’d always be successful in the music industry however I never thought it would come so soon."
TshisaLIVE
2 months ago

Everything you need to know about Makhadzi’s cosmetic range

"I have been working on this one for years now. So many sleepless nights perfecting it for everyone."
TshisaLIVE
3 months ago