Fans love MaMkhize for helping Somizi with his divorce settlement 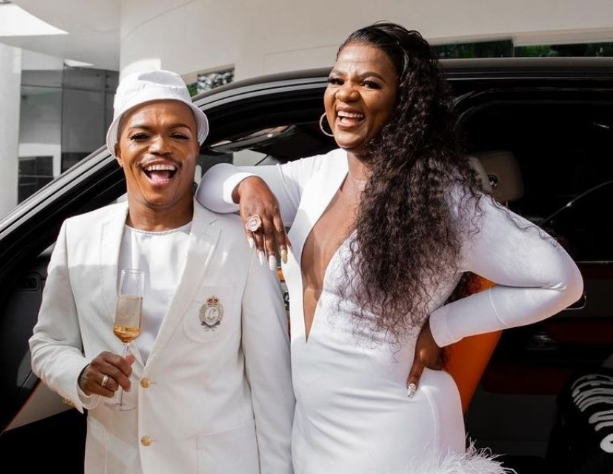 The appearance of Shauwn “MaMkhize” Mkhize on Somizi Mhlongo's reality show has fans gushing over their friendship.

This comes after Somizi previously asked MaMkhize for her tax and divorce lawyers because he had trouble with both.

In a recent episode of Living The Dream with Somizi, the businesswoman and reality TV star told him to focus after he asked for her assistance in dealing with his divorce settlement but failed to pitch. .

“We have something important to fix, but you’re busy doing your makeup and attending parties. Parties can wait. What about this important thing?” she said.

Somizi then suggests she assists him with the best lawyers for his divorce settlement.

“Can I come on Monday? On Monday I’ll bring the documents and everything. Let’s do it on Monday, please?” he said.

“We were discussing how we need to fix my issue with the lawyers and SA Revenue Service and stuff. She’s really helping me a lot in terms of my divorce settlement, or unsettlement rather.”

Fans took to the timeline to gush about their friendship.

"I admire the friendship between Somizi and MaMkhize," wrote one Twitter user.

Your friends should be able to tell you to put your house in order first thing first.🤌🏽🔥 maMkhize is more like a sister to Somizi, I love it shm🥹🥹 #LTDWSomizi

"This is one of the touching and profound messages to be told while you are still alive, not at your funeral."
TshisaLIVE
7 months ago

"Persisting and finding alternative routes to your destination against all odds is the definition of a successful venture," said MaMkhize.
TshisaLIVE
1 year ago

There were also cakes for Somizi and MaMkhize to congratulate them on their new Bentleys.
TshisaLIVE
1 year ago